PDS Deal Was A ‘Create, Loot And Share – Fred Agbenyo 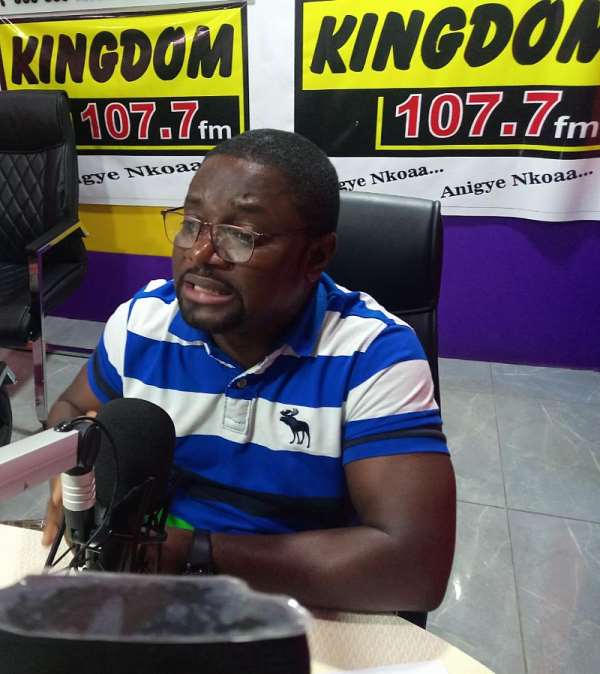 The former Deputy National Communications Officer of National Democratic Congress (NDC), Fred Agbenyo, has said that the government intentionally didn’t do due diligence before entering into a concession agreement with PDS because of an intent to ‘create, loot and share’.

The government of Ghana recently suspended its concession agreement with PDS.

According to him, “From the unset the government knew the deal was a scam. This is simply, create, loot and share which is bad for the image of Ghana”.

“This whole PDS scandal is a product of the nepotistic state-capture agenda of President Akufo-Addo. It’s a create, loot and share agenda in which the ordinary Ghanaian will suffer. The PDS scandal is the worst scam ever to be perpetrated on the Ghanaian people,” Fred Agbenyo told Kwaku Dawuro on ‘Medo Ghana’ on Accra-based Kingdom FM 107.7.

Mr. Agbenyo said the government, “knew all this while that the guarantee was fake but kept mute because they were the sponsors and architects of the whole deal”.

However, he faulted the government for seeking to transfer shares owned by Ghanaians in Power Distribution Service to a new company without due process.

He explained that the deal was “cooked” for cronies of the New Patriotic Party (NPP) just to milk the state.

After the PDS deal was terminated for breaches in the company’s obligation to Ghana, Mr. Otokunor insisted that ”the Vice President was well aware of the gaps in the deal and must honorably resign and prosecuted.”

Fellow Ghanaians, the so-called termination of the concession is only a cover-up for Government’s complicity in this whole scandal of gargantuan proportion.”

Though the document indicated that a firm in Qatar had guaranteed for PDS, the management of the Qatari company told the government it had no knowledge of the document.

Background
The NPP government inherited an arrangement in which the United States government, through the Millennium Challenge Corporation (MCC), offered Ghana $500 million for the reform of the energy sector.

It was decided to incorporate it largely into the reform of the Electricity Company of Ghana.

One of the conditions of the money was that Ghana should get a private electricity coordinator to partner the nation to manage the electricity generation and distribution system.

After a process of bidding and tendering which left Ghana with one company in the field, an arrangement was made for that company to take over the running of the assets of ECG.