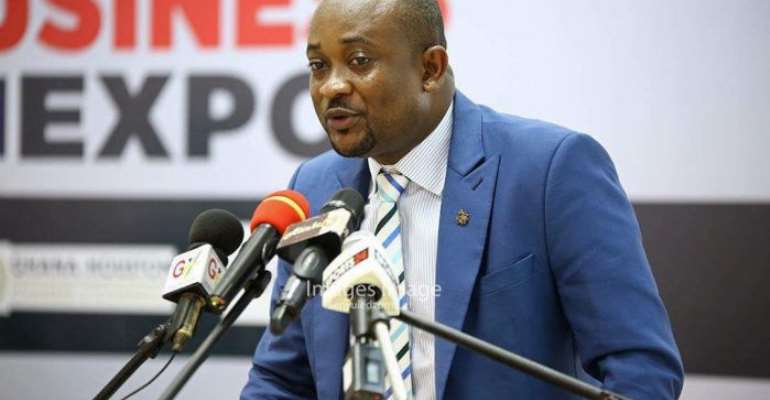 A Deputy Minister of Information, Pius Enam Hadzide has exposed the National Democratic Congress (NDC) saying government’s tireless effort on the investigations on the PDS saga uncovered the lapses and not the falsehood peddled by the opposition NDC.

He stated that the government and its team worked on the brouhaha surrounding the PDS scandal to reveal all the truth in the deal and has nothing to do with the NDC’s lies and propaganda.

The opposition National Democratic Congress (NDC) has patted itself on the back for exposing “the biggest corruption scandal in Ghana’s history,” the Power Distribution Services (PDS) deal.

But speaking in an interview with Lawyer Ohene Djan on ‘Pae Mu Ka’ on Kingdom FM 107.7, Mr. Hadzide, “stressed that, all the NDC has been trying to do is play politics with the PDS scandal but says the government will not be distracted.”

Its General Secretary, Johnson Asiedu Nketiah, at a press conference in Accra praised the role of party MPs in exposing the Akufo-Addo government’s attempt to loot national assets.

The termination came days after the NDC piled pressure on the government over its handling of the deal.

The government maintains, the company failed to provide a valid demand guarantee which would have satisfied its financial ability to manage ECG.

According to the NDC, the government failed to do enough due diligence before settling on PDS as a concessionaire.

Background
According to the Millennium Development Authority, MiDA, the supervising agency of the MCC Compact, the power compact was to, “directly support the energy sector strategic objectives to achieve power supply sufficiency including exports to neighboring countries, and also supply power for new oil and gas-based industries.”

Power Distribution Service (PDS) has denied wrongdoing in its concession agreement with the government through the Ministry of Finance.

The government of Ghana has terminated its concession deal with Power Distribution Services Limited regarding the distribution of electricity in Ghana.

“We also wish to reiterate the position communicated to the CEO of the MCC by the President of Ghana during their meeting on the sidelines of the United Nations General Assembly in New York on September 23rd to the effect that, the current concession had to be terminated in view of the facts uncovered regarding the failure by PDS to satisfy conditions precedent under the relevant transaction documents AND, however, that every effort would be employed to ensure a suitable replacement within the relevant timelines in order to complete the Compact.

“The Government decision to terminate the PDS concession and find a replacement in a timely manner to successfully conclude the Compact is based on two key points: First of all, it is Government’s view that the meeting between the CEO of MCC and the President of Ghana produced an understanding that the existing concession would be discontinued and a concession restoration and restructuring plan executed within existing timelines and in any event before December 31, 2019. It is worth recalling that following this understanding Mr. Cairncross and President Akufo-Addo shook hands and committed to expeditiously putting the understandings into effect. Following the meeting, however, MCC sent an implementation plan, which in our opinion did not accurately reflect the outcome of the New York meeting.

“Secondly, the facts detailed below clearly justify the discontinuance of the current concession which, it should once again be emphasized, does not in any way diminish the Government of Ghana’s commitment to private sector participation in Ghana’s energy sector. Indeed, Government intends to see this PSP through in a manner that respects due process and fidelity to the relevant transaction documents and underlying Compact”, the letter said.