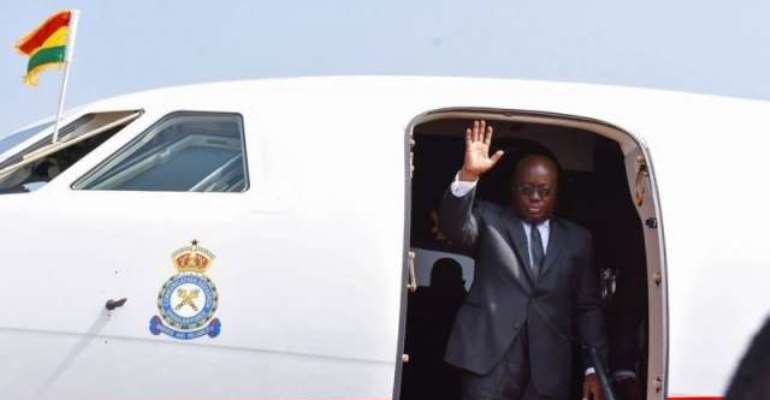 President Akufo-Addo, left Ghana on Tuesday, October 22, 2019, to lead the Ghanaian delegation to attend the maiden Russia-Africa Summit, being held in Sochi, Russia.

The Summit is being held to deepen the ties of friendship between the two sides, as well as explore other areas of co-operation to their mutual benefit.

Whilst in Russia, President Akufo-Addo is expected to hold bilateral meetings with the President of the Russian Federation, His Excellency Vladimir Putin, deliver a statement on the floor of the Summit on the theme “For Peace, Security and Development”, and hold meetings with CEOs of some important Russian enterprises.

The President will leave Russia on Thursday, 24th October, 2019, to attend the 18th Non-Aligned Movement (NAM) Conference, being held in Baku, Azerbaijan.

NAM is a forum of 120 developing world states that are not formally aligned with or against any major power bloc. After the United Nations, it is the largest grouping of states worldwide.

The President will return to Ghana on Saturday, 26th October, 2019, and in his absence, the Vice President, Alhaji Dr Mahamudu Bawumia, shall, in accordance with Article 60(8) of the Constitution, act in his stead.