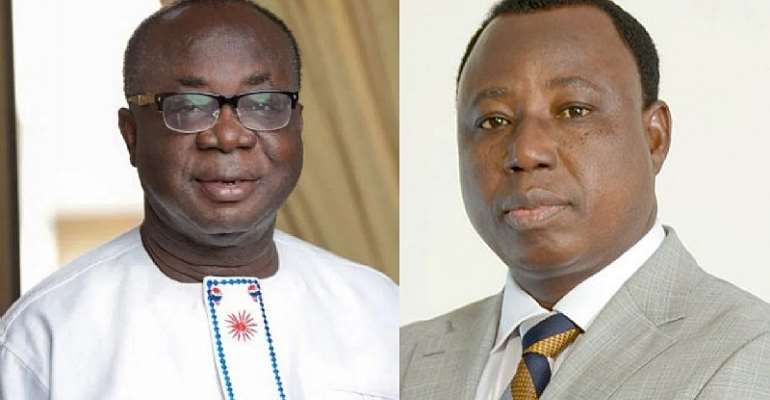 An Accra High Court has dismissed an application for contempt brought against the Chairman of the New Patriotic Party ( NPP) and the Board Chairman of the Ghana National Petroleum Corporation (GNPC), Freddie Blay, by the Commission on Human Rights and Administrative Justice ((CHRAJ).

According to the court presided over by Justice George Koomsom, CHRAJ failed to prove beyond reasonable doubt that Mr. Blay had ignored or refused to respond to its letters and subpoena.

CHRAJ had filed a motion at the court to commit Mr. Blay for contempt after they claimed he failed to respond to several requests from the Commission to provide it with information about the 275 buses he promised to donate to his party's constituencies ahead of the NPP delegates' conference in July 2018.

They attached documents alleging that the NPP Chairman had received the motion but 'failed', 'refused' and or 'neglected' to oblige the Commission with his comments as requested and subsequently asked the court to hold Mr. Blay in contempt.

Mr. Blay through his lawyers led by Nana Obiri Boahen vehemently denied the allegations by CHRAJ, saying he was never served with any of the said proceedings.

Justice Komsomol in his judgement stated that Mr. Blay was being investigated not as Chairman of the NPP but as a public officer and wondered why officers of the Commission will direct the processes to the offices of the NPP and Daily Guide and not GNPC.

He described the conduct of CHRAJ as incompetent and appalling saying such conducts should not be countenance on the part of public officers.

He dismissed the application for contempt and acquitted and discharged Mr. Blay.