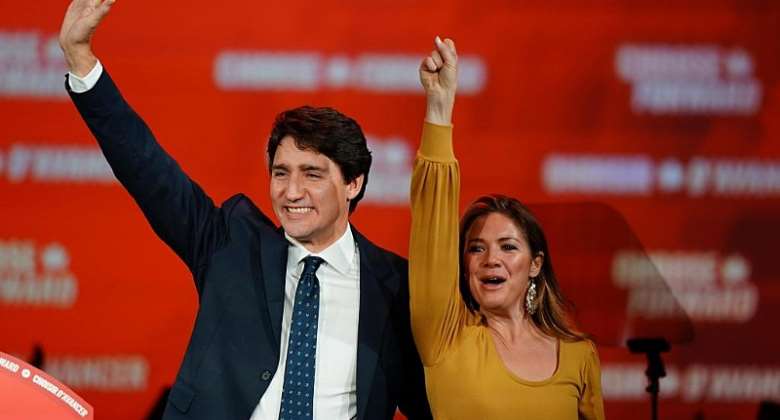 His Liberal Party – which is expected to claim 157 seats; 13 short of the majority needed to govern outright – will require the support of the left-leaning New Democratic Party (NDP) to pass legislation.

Trudeau's victory comes after he was dogged by a series of scandals. His image as a liberal icon was particularly damaged when old photos of him in blackface emerged last month.

Former US president Barack Obama urged Canadians to re-elect Trudeau, one of the few remaining progressive world leaders in the Trump era, saying the world needs his leadership.

The results are a bitter blow to Trudeau's 40-year-old Conservative rival Andrew Scheer, who had promised to end a national carbon tax and to cut government spending by 25 percent.

The Conservatives were heading for 122 seats in parliament, up from the 95 they held before the vote.

In an address to the country following his win, Trudeau said: "Tonight Canadians rejected division and negativity. They rejected cuts and austerity. They elected a progressive agenda and strong action on climate change."