PDS Deal Was Rushed To Accomodate The 51% Share – Wereko Brobbey 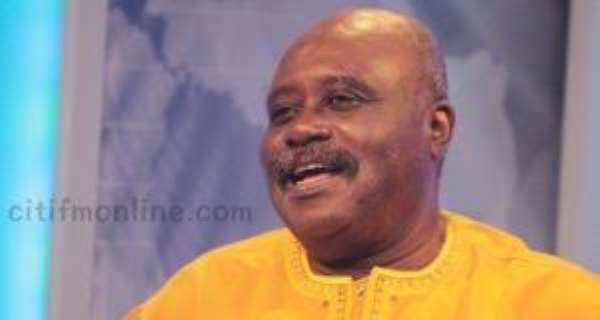 Former Chief Executive Officer for Volta River Authority (VRA) Dr. Charles Wereko Brobbey has said lack of due diligence on the part of government of the PDS deal has resulted in this current mess.

Mr. Brobbey on Eyewitness News said the government rushed in approving the agreement without due diligence.

“We should remember that the problem arose because, from the time we declared the 51 percent interest, there was a certain undue rush which led to a certain number of mistakes which have gotten us to where we are now. Proper due diligence was not done. There was a rush to try and accommodate the 51 percent,” Mr. Brobbey said on Eyewitness News.

He further indicated that the government should have taken measures to save the situation once it realized PDS was failing to deliver on its mandate.

“I think the right decision should have been taken earlier in the interest of Ghana because you have to go back and look at this whole decision to give 51% of the concession to Ghanaians. What does 51% mean? Is it 51% in terms of technical capability to manage ECG or 51% in terms of financial investment to meet the commitment of investments. If it was the latter, the minute PDS fails to honour and pay for the insurance guarantee and had to resort to the use of our resources, our tariff revenue to do that, for me that was the end and the decision should have been taken.”

Dr. Brobbey said this development should “serve as a lesson to government.”

The government officially announced the termination of its power concession agreement with Power Distribution Services (PDS) in a statement dated Friday, October 18, 2019.

It said in the statement that the decision was taken at a meeting in the US on Friday, October 18, 2019 with the Secretary to President Akufo-Addo, Nana Bediatuo Asante and officials of the Millennium Challenge Corporation.

“The current concession had to be terminated in view of the facts uncovered regarding the failure by PDS to satisfy conditions precedent under the relevant transaction documents,” the statement said.

The concession agreement was initially suspended on July 30, 2019 by the government due to what it called “fundamental and material breaches”.

Details of the alleged breach revealed that PDS' guarantee was irregular and fraudulently procured.

The government came under attack over the development but it rejected accusations that it was negligent in the exercise of its duty to thoroughly scrutinize documents presented by PDS before a final agreement was signed for its concession agreement.

The government constituted a committee to investigate the development and ascertain its nature.

Proceedings from the investigations led to the eventual decision announced in the latest statement.

“Every effort would be employed to ensure a suitable replacement within the relevant timelines in order to complete the Compact,” the statement said.

Government added that it remains committed to seeing private sector participation in the country's energy sector.

“Indeed, Government intends to see this PSP through in a manner that respects due process and fidelity to the relevant transaction documents and underlying Compact.”