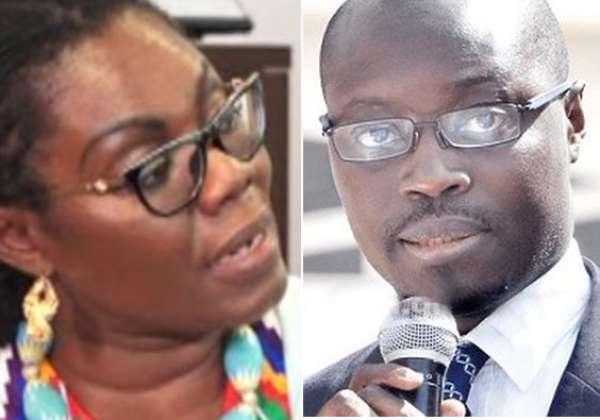 The Ejumako-Enyan-Esiam MP had called out the Minister for her directive to Mobile Network Operators to stop upfront deduction of the Communications Service Tax (CST).

The row follows government’s increasing of the CST from six percent to nine percent.

The network operators had previously absorbed the six, but upon its increment, decided to pass on the entire nine percent to consumers by an upfront deduction from airtime purchases.

But the Minister directed them to stop this and rather treat the CST as the Valued Added Tax (VAT) or any other tax.

Mr. Forson who is the Minority’s spokesperson on Finance faulted this, explaining that only the Ghana Revenue Authority (GRA) is empowered to give orders on tax administration.

But the Minister disagrees, saying, the Electronic Communications Act which gives the legal basis for mobile network to operate in the country, also gives her the power to issue policy directives to the regulator, the National Communications Authority.

Rejecting the suggestion to withdraw the directive, Ursula Owusu said the MP’s reading of the law is his opinion, adding that if she wants lessons in good morals, “I certainly won’t go to the brothel for it.”

Meanwhile, the network operators have asked for at least a month to amend their systems to stop the upfront deductions.

Read the Minister’s full response to Ato Forson below