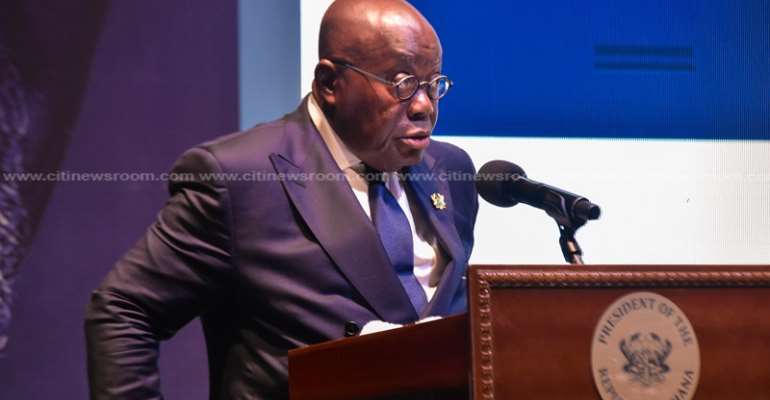 Young Ghanaians including my very self helped President Akufo-Addo into office. His failing may cause us to either skip the next election or vote for the person we vehemently condemned in 2016 (John Mahama). To vote in the 2016 election, I needed to travel to a town in another region where I would be out of reach due to the poor mobile network coverage in the area. Given the risk of violence during our elections, my pregnant wife advised that I stay home but her advise was trampled upon by the determined Akufo-Addo apostle.

I campaigned strongly for my preferred candidate, Nana Akufo-Addo. I hoped the man we all described as incorruptible and no-nonsense would stamp out large scale corruption and inefficiency which we claimed had characterized the administration of John Mahama. So I went about campaigning. In public transport buses, in bars,at Church, and at work. I did this much to the annoyance of family members and my NDC friends. Like me, many other young people embraced the opportunity to get involved, likely for the first time, in the process of electing a president. When Nana Akufo-Addo won the election it felt like an epochal event. It was the first time an incumbent had received that heavy defeat. Young people including myself and other young bankers who have lost their jobs under our hero truly felt empowered and believed we had played a major role in determining our future. But it's been a disappointing three years. The three years of Akufo-Addo's four years are gradually dashing hope. His archaic economic policies, which have pushed us to the brink of recession, and a spiraling cedi currency has seen Ghana economy lose real growth. Due to uncertainty and a general lack of faith in the government's policies, investors have begun to pull out of the economy leading to fear of an uptick in already high unemployment figures.

While I don't see the point of apologizing for exercising a right to vote in good faith, I worry about something more important and crucial. The next elections are few months away and, on current evidence, voter apathy, especially among young people who voted for the NPP in the last election, is a strong possibility. The significance of young Ghanaians being discouraged to take part in the democratic process should not be underestimated.

Personally, I put a lot of energy into the 2016 elections as did many young people and being let down by the current administration feel like being conned. A crucial mistake in 2016 was not asking enough questions and focusing blindly on kicking out the man we disliked so much. In 2020, better questions must be asked, plans and promises must be scrutinized and facts have to be checked.

Every day I speak to young people like me and the overbearing emotion is weariness. The elections were draining and took a toll on friendship on and off social media. Most people I know including friends who lost their jobs as a result of government's decision to collapse our banks do not look forward to repeating the process. To make things worse, none of the current crops of leaders offer anything different. They have worsened our situation and still suffocating the system. They represent the old African brigades who, despite repeated failures, continue to hold on to power.

The government has created a regime of fear, equating dissent with lack of patriotism. Journalists, civil society organizations, workers and political opponents cannot openly criticize policies of the administration, nepotism, and corruption going on in government, for fear of retribution. Ghanaians took a gamble and placed their hopes in a man who described himself as incorruptible so must be tried who has now shown neither the capacity nor the aptitude for the highest office of the land. Everything candidate Akufo-Addo did was justified and excused because he was branded as the lesser evil. He was given an easy ride. No serious questions were asked about his competence or track record, world view and how he was going to fulfill his promises. He couldn't even explain his own policies. Yet he was promising change. And a majority of Ghanaians voters bought what he was selling with his apostles including myself.

Our country is not a recycling plant for uninspiring, lazy, corrupt, nepotistic and incompetent leaders with their archaic and old dubious characters. We deserve better than their aggressive mediocrity. And that is why an ardent supporter of the sitting President has come out to offer this genuine advice.

So the question is: Apart from forgetfulness, why are some Ghanaians still supporting the Akufo-Addo agenda. I have heard some people say let's give him his two terms just like his predecessors. That response just makes me shake my head in wonderment: Is it the same person we know, or we speaking for another Akufo-Addo? There is no shadow of doubt President Akufo-Addo is the most nepotistic, partisan and parochial President that Ghana has ever seen. This is my position and little the heavens via my soul instructed me to share with you. My applications are still floating out there seeking attention and action. I was a full-time banker under Mahama...now a full-time unemployed accountant.