Why Akufo-Addo May Have Already Lost The 2020 Election 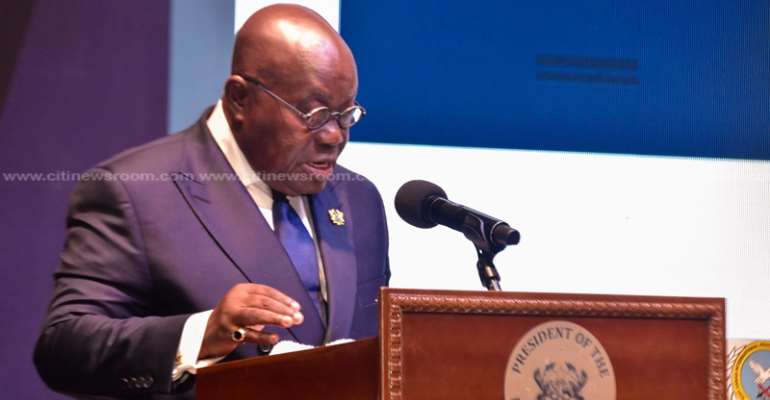 Nana Akufo-Addo was elected in 2016, in part by his supporters and admirers, an impression that he stands for good governance and economic development. This was, in fact, the image cultivated by him through pro-NPP media houses, while Akufo-Addo himself claimed to be an incorruptible person and a person of integrity. These claims can now be believed only by ideologically addled. The President is still exploiting voters through false emotional nationalism propaganda, continuously promoting a psychosis among Ghanaian voters.

President Akufo-Addo has ended up in abject humiliation. The question is, why are people not taking the man they trusted few years ago seriously as a leader and statesman? Ghanaians have found that Akufo-Addo has a great talent for weeding out the talented and responsible while protecting the very corrupt, and incompetent.

A few sections of those who voted Akufo-Addo into power in 2016 may be impressed by his destruction of norms, his corrupt practices, his authoritarian tendencies or enthused by his exclusions on political and clannish lines. They may want the President who speaks his mind even when it is hateful gibberish. They may want a President who is an institutional arsonist, even if the result is mere destruction.

But no one can reasonably claim to believe in Akufo-Addo's brand as it was sold in 2016. Ghanaians have plumbed the shallows of his boasts, and they have been refuted as lies. And whatever else the President maybe, he has proved that he is not capable of leading an aspirational, inclusive and democratic Ghana.

Ghanaian voters are looking for authenticity, credibility, and viability in their leader. As people watch the present President, they are now inevitably asking, does this person have the gravitas to withstand the pressure that comes with leading this liberal country. Ghana's independent voters and the youth, in particular, are more desperate to win than ever before. They will be willing to support and vote for a candidate who doesn't agree with them on every issue- just so long as that candidate is capable of evicting Akufo-Addo from the Jubilee House.

The President's unpopularity is reflected in the undercurrent of dissatisfaction of voters who are not convinced of what this government has done to address unemployment, high fuel prices, economic hardship, agriculture sector distress, and infrastructure development. Many analysts (local and international) believe that looking at Akufo-Addo's poor performance as President, he will be an underdog in the coming election.

His challenger, John Mahama's loss came as a surprise to many external and internal observers at the time given his popularity outside and inside Ghana and his performance in terms of infrastructure development and policy formulation. But, as argued previously, one of Mahama's biggest problems was always his readiness to tell it as it is and take viable and progressive but politically dangerous decision's often at the expense of securing votes. His heart is always 'Ghana filled' so will not lie to Ghanaians or implement anti-Ghana policies for political gains. I am told the world bank boss, some respected heads of state, C.E.Os, renowned men of God and politicians across the globe called the former President to accept the 2016 result and all predicted that Ghanaians will wail for his return considering what he achieved his four years, the policies he outlined and the history of the NPP. If that information is accurate, then Ghanaians owe these personalities and organizations thousands of huge stones. Three years after their prophecy and we see exactly what they told the former president. One thing I have learned from Ghana's political fiasco is how incompetent and unprepared for governance of our so-called intellectuals, occupiers, some respected religious leaders, and political elites are. From Professor Adei on down, the common glue blinding and binding them is rhetoric, words mere words. Many of them are literary giants, yes, but will not say anything negative about the current administration.

The thinkers and liberators that fought hard for the actualization of democracy and amended power in 1991/92 have basically loitered around the corridors of power enriching themselves and doing nothing else. These liberators and some critics of the last administration have become a conservative bastion of rent-seekers, telling tail tales for profit.