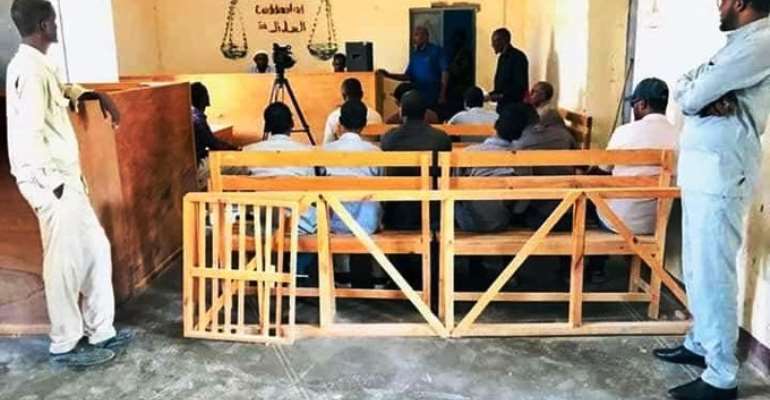 The National Union of Somali Journalists (NUSOJ) is alarmed by the decision of Puntland Regional State of Somalia to bring criminal charges against journalist Ahmed Sheikh Mohamed (Tallman).

Following his arrest on 17 October by Puntland Police, Ahmed Sheikh Mohamed, former managing director of Radio Daljir, appeared in Nugal Regional court to face criminal charges under Somalia’s Penal Code in retaliation of a news report by Radio Daljir regarding a prisoner who died after Puntland police tortured the prisoner, according to journalists and family members. Ahmed is accused of defaming the police, endangering security and undermining the authorities of law enforcement.

The lawyers representing Ahmed Sheikh had requested the time to review the charges as they were only given the charge sheet in the court room. In a brief court session, the presiding judge postponed the preliminary hearing to Thursday, 24 October 2019. But the judge refused an application to release the journalist on bail.

On 28 September 2019, Puntland’s Supreme Military Court had dropped a case against Ahmed Sheikh Mohamed and apologised about its “misguided and intimidating” notice of summon to him. On 2 October, Ahmed was again summoned at Crimes Investigations Department of Puntland Police in Garowe where he was again interrogated.

“Media freedom is serious under attack in Puntland and journalist Ahmed Sheikh Mohamed found himself in the dock on trumped up charges accused of defamation or endangering national security or undermining government and the authorities. Puntland authorities must provide a fair and transparent legal process. We call on the local court to drop the charges against Ahmed Sheikh Mohamed immediately and allow him to work without fear of reprisal,” said Omar Faruk Osman, NUSOJ Secretary General.

NUSOJ says Somalia’s regional administrations have recently emerged as the chief culprits of media freedom oppression. Puntland and Southwest State routinely summon, arrest, and intimidate journalists in an effort to simply silence their reporting as their journalistic work is regarded by the local authorities as “offensive” or “criminal” to the regional administration.

“It’s time for an end to this heightened oppression. We cannot hope to make freedom of expression a truly protected human right in Somalia without an end to judicial intimidation of journalism and attacks on media freedom,” stressed Osman.

The union is further alarmed by the increased use of Somalia’s old, outdated and draconian criminal law to punish independent journalists. NUSOJ once again calls for the urgent review of criminal law to de-criminalise freedom of expression.