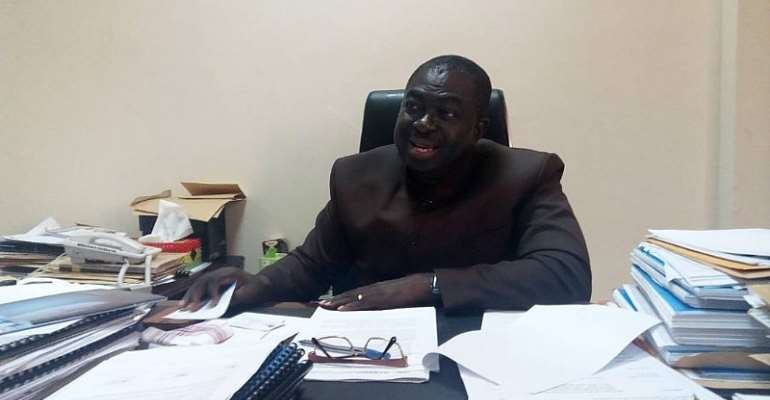 Of his impressive record as the member of parliament for Ejisu Constituency , the President of the Republic of Ghana Nana Addo Dankwa Akufo-Addo did not mince words in his acknowledgement and joyous recognition of the forceful and sacrificing efforts extraordinaire of Honorable Kwabena Owusu Aduomi in constructing human centered infrastructures to meet the growing demands and crucial needs of Ejisu constituency, during the inspection of a newly constructed state of the art bridge in ODAHO, which is one of the ongoing projects.

As part of his regional tour in the Ashanti Region, President Akufo-Addo was in many constituencies including Ejisu constituency. Ejisu constituency is an important constituency which has proven according to electoral records to be very crucial to the electoral fortunes of the New Patriotic Party. There have been several of such infrastructural projects already constructed with some at various stages of completion by the Honorable Owusu Aduomi ranging from but not limited to toilets, roads, teachers bungalows, hospital supplements, boreholes, etc.

Worthy to note is that, the bridge in Odaho, a suburb in the Ejisu constituency deemed as a vital factor in facilitating the growth of the area and a source of great relief to its people is being constructed by the accomplished engineer Honorable Owusu Aduomi. This bridge, when completed is expected to facilitate the movements and connection of farmers harvest to the markets and other towns, pupils to schools, patients to hospital etc. Unlike other places where projects earmarked to start would have to contend with the long years of waiting for funding from government of Ghana, it is believed that, this wasn't the case with the benevolent Ejisu legislator honorable Owusu Aduomi vis a vis this Odaho bridge project.

Thus far, the NPP considers the Ejisu constituency as one of its 'darling' which gives it votes sufficient to win a Presidential election. It is unanimously believed and as corroborated by electoral data, that with the emergence of the former chairman of Parliamentary committee for Roads and Transport Honorable Owusu Aduomi, there have been a 'significant' increased in the electoral fortunes of NPP in both parliamentary and Presidential elections in the Ejisu constituency. Whereas, it is the expectations of the NPP delegates and members who were present and who spoke to us that, Honorable Owusu Aduomi is re-elected to continue with his transformation agenda of Ejisu constituency; other delegates indulged and counseled that, Ejisu constituency can not and must not be handed over to a certain 'disrespectful' young man who once served Mr Alan Kyerematen but was sacked by Mr Alan because that young man insulted Akufo-Addo in distasteful languages. That young man who lives in far away KASOA, in the central region must not and can not be allowed to represent Ejisu constituency. It is the contention of delegates that, the certain young man has failed the geographical test and is only seeking to use Ejisu constituency to advance his selfish interest.