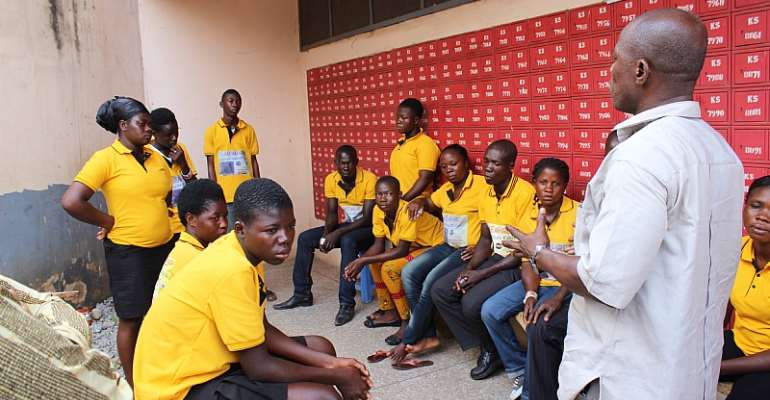 Psychology makes us understand that we are each made up of different minds, moods and emotions. That is what basically, makes us what and who we are. Most of us are pretty good at controlling this aspect of our natural being, but for some it seems almost impossible to do so. When you take to the major streets and cities in Ghana, we realize that some people have made this busy street their place of abode, where they sleep and eat. This lack of consciousness for taking care of oneself has been related to mental illness.

Mental illness is a constant and everyday crisis that we as humans have to deal with on a daily basis. It is almost impossible to ignore. However, accepting this situation has been a bit of a problem in our society. We often relate mental illness with witchcraft and other spiritual inconsistencies, leaving these people with mental health issues, to roam the streets with little or no regard for their lives. The family is supposed to be the rock on which we rely when things turn bad. They are supposed to be the comfort that we seek in people. However, families are mostly the first to stigmatise and point fingers when patients are diagnosed with a psychotic issue or problem, often casting them out. It is on these grounds, that Mr. Adu Gyamfi has decided to play the role of a family for the mentally challenged people living on the streets in Ghana.

The Mensah Mental Health Rehabilitation Project (MEMHREP) is a not-for-profit organization in Ghana whose exclusive purpose is to look after people with psychiatric disorders. As a way to mark the World Mental Health Day this year, the CEO of the organisation, Mr. Adu Gyamfi and his team members, took to the streets of Chereponi in the Northern part of Ghana, to celebrate with the mental health patients living on the streets and in the community, by providing them with food and water, distributing not less than 100 food packs and water. This act he explained was carried out as a way of making the mentally ill patients feel a sense of belongingness, to feel loved and wanted. He further explained that it was also to prevent suicide and to foster good relationship by quenching their thirst and hunger.

Abraham Maslow in describing the motivational theory in psychology, mentioned a five-model of human needs; Physiological, Safety, Love and Belonging, Esteem and Self Actualisation Needs. He explained that until a human being has attained these five needs, he is likely not to be fulfilled in this life. He makes it clear that it is obligatory for EVERY human being, which includes the mentally ill patients, to obtain these needs in order to be content in life and therefore must not be overlooked.

Interacting with the mentally ill patients, of which most of them were inhabitants of the streets, after making sure that they were well fed, Mr. Adu Mensah was brought to the notice of some essentials that the organisation lacked which included, medication (anti-psychotics), proper clothing and shelter, and also the lack of means of transportation to reach out to the patients especially in the rural areas.

The primary objective of Mr Adu Gyamfi, is to look after people with mental health issues, especially, those on the streets, in the communities and to aid them by drawing their attention to the fact that their health and diet should be of maximum priority to them.

One significant symptom of mental illness is that, psychotic patients often experience psychosis, meaning they lose touch with reality, making it often impossible for them to take proper care of themselves. They eat and drink anything that they come across making them vulnerable to diseases and infections and sometimes even death. Mental illness is no respecter of persons and can affect anyone at all, hence the need for us to come together to combat this and other related issues.

Helping other people can be a cure, not just for those who are in need, but for your soul as well. See the person, not the illness.