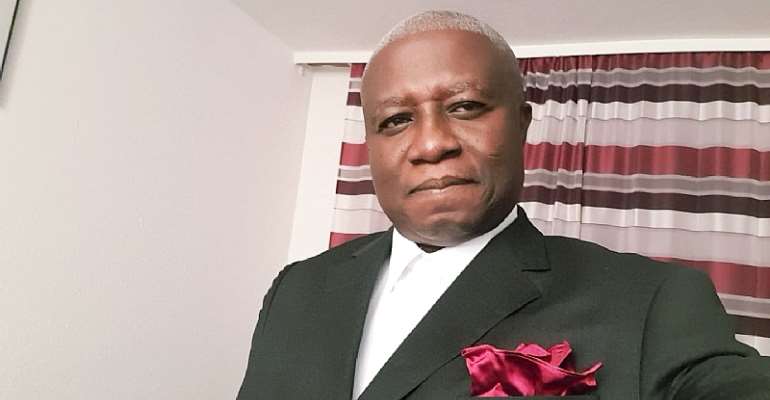 It appears that, the staggering defeat of Mahama in 2016, is still a nightmare yet to be interred by him and his NDC folks. Of course, how easy would it be to overcome the pain of shamefully losing an election you deceitfully, touted yourself as being in a comfortable lead, only to wake up to smell the hard defeat coffee? And we empathize with him!

Our empathy for him however, doesn't include endorsing his consistent misinformation and hypocrisy. We recall how immediately after the unfortunate Ayawaso by-election, he quickly put together a meeting with the diplomatic corps to disingenuously, tie government to the events that occurred. In so doing, the former president Mahama, showed videos that were not at all, related to the events. Contemporaneously, the Justice Emile Short commission was investigating the matter at the time he gathered the diplomats and it'd have been statesmanship, for the former president to present his evidence for consideration by the commission. It's clear that, the only intent of the president Mahama, was to score cheap political points in a very dishonest way.

The party, he is flagbearer of, bastardised the commission and impugned on the integrity of the members of the commission. When subsequent events proved their cynicism wrong, we expected the NDC to retract their initial stance but typical of the NDC, they failed to do so. Today, they quote copiously from the very commission they impugned. That's how duplicitous the NDC is!

The evil of NDC through a divine design, was exposed when a tape containing the voice of their national chairman, Mr Ofosu Ampofo, was leaked. In that dreadful audio, the monstrous intentions of the NDC was discussed extensively including how they had planned to cause mayhem at the AWW by-election. As we know, Mr Ampofo is battling a prosecution for the contents of that audio.

We wish to state that, it's shameful that president Mahama, has since lend his full support to Mr Ofosu Ampofo. Not a single word from the saintly president Mahama condemning the statement, has been authored even though incontrovertible facts available clearly show that, the audio indeed, emanated from the chairman of his party.

In a rather phony move, he, president Mahama, has made very wild allegations against the government. He claims the government that sponsored the passage of a legislation that criminalises vigilantism and makes principal officers liable for acts of vigilantism in their parties, is training hoodlums to cause mayhem in the 2020 elections at the country's military training grounds at Asutware.

How on earth would a sitting government, use hoodlums in an election to be policed by state security which essentially is under the control of the government? How imprudent a proposition that would be. The Ghana Armed Forces has vehemently denied the claims of former president Mahama. Further, the National Security Secretariat has exposed the untruths of the former president by pointing to routine trainings at Asutware for National Security operatives. These routine trainings predate the current government.

Ordinarily, the hypocrisy of NDC shouldn't shock anyone but when they put the man, who was once in charge of this country, and as such, knows exactly how some of these things work, to lead the charge of furthering NDC's propaganda, it becomes unacceptable. The penchant of the NDC, to make mountains out of a molehill with the ultimate goal of casting slur on the 2020 elections, is not only unacceptable, but also dangerous. These antics threaten the security of the state. It's clear defeat stares them in the face and so the introduction of this their impotent strategy.

Former president Mahama should know that, it is not lost on Ghanaians how he ruled the country few years ago. Events of Talensi and Chereponi by-elections, are still fresh on our minds. His new found love of peddling untruths, will only sink the little credibility left of him. The strategy to assume an angelic position and voice, will not work!

The government is focused on delivering on the overwhelming trust reposed in it by the Ghanaian people. We expect a more beneficial debate from the NDC on ideas and policies. They should learn to be a responsible opposition and desist from doing the very things that threw them into opposition.