E-commerce in Africa: A Booming Market with Daunting Challenges 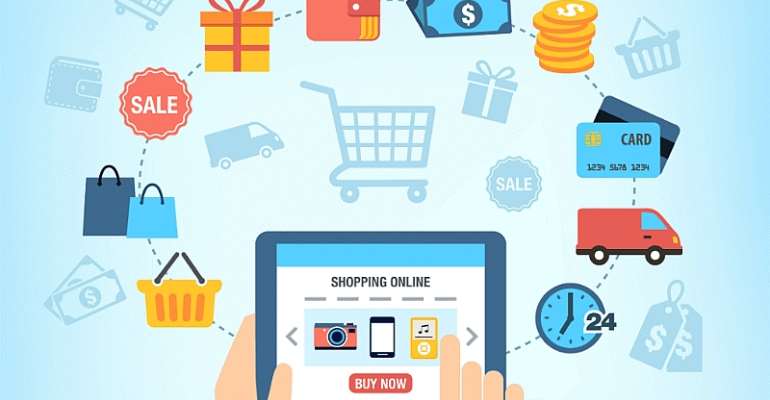 In the early 1990s, Tim Berners-Lee took an important decision to outdoor the World Wide Web; and this action opened up many opportunities for the commercialization of the internet on the global scene (Kalakota and Whinston, 1996). In modern times, the mass adoption of the internet has transformed the way business transactions are carried out- the emergence of a new phase of trade, known as the electronic commerce.

Undoubtedly, the internet has several meanings and usage for its many users across different professions. Electronic commerce refers to a wide range of online business activities for products and services (Rosen, 2000). E-commerce pertains to any form of business transaction in which the parties interact electronically rather than by physical exchanges or direct physical contact.

In 2017, the global market witnessed an unbelievable success for electronic commerce as retail e-commerce sales was worth more than $2.3 trillion; making up more than 10% of the total retail sales worldwide. Global market forecasts show that the e-commerce sales are likely to exceed the gains made in the previous year. At present, companies are carrying out strategies to make a lot of profit from e-commerce by shifting some of their businesses online as well as eliminating expensive charges of middlemen.

E-commerce is growing worldwide including Africa but the challenges that comes with setting up an electronic commerce transaction in Africa is formidable and can even discourage the most optimistic of retailers. This has resulted in Africa, the second most populous continent in the world, with an estimated population of 1.2 billion as at 2016, contributing to a paltry 2% of global retail electronic commerce. Despite the daunting challenges of e-commerce on the continent, Jumia- leading Pan-African e-commerce platform, listed on the New York Stock exchange in April 2019.

Some researchers are of the view that the institutional environment of a country has an impact on its electronic commerce transaction. It has been established that, for a country to experience a thriving e-commerce among its domestic traders, there should be political stability. The African continent has been plagued with many forms of coup d’état and civil wars that has made some African countries unstable. Professor Joanne E. Oxley of University of Toronto and Professor Bernard Yeung of National University of Singapore revealed in their work in 2001 that, the institutional environment of a country affects its electronic commerce readiness. They further suggested that the rule of law is essential for the successful development of e-commerce in any country. Similarly, (Peng, Wang et al, 2008) argue that, a firm’s strategic choice ‘‘are not only driven by industry conditions and firm capabilities, but are also a reflection of the formal and informal constraint of a particular institutional frame work that managers confront’’.

There are several reasons why Africa has laggard in electronic commerce, notable among these reasons is the high rate of illiteracy and logistical inefficiencies. The successful usage of an electronic commerce platform requires the user to be able to read and write. Contemporary research has shown that literacy rate in Africa has been world-trailing with only about 64% of Africans being able to read and write.

Comparatively, developed economies have a whopping over 90% literacy rate; with developed countries in Asia having the highest literacy rates. The section of the population that cannot read and write cannot on their own participate directly in an electronic commerce transaction. The statistics on illiteracy shows that a large proportion of the population in Africa are consistently left out of the e-commerce basket according to the CIA in 2014.

The absence of fixed, easily identifiable physical addresses for locations in cities in Africa has been a problem for many years. In developed countries, merchants are happy to dispatch goods even on credit, allowing retailers to rely less on expensive bank credit. This is because national business registries are clean and trustworthy, and these in turn rely on physical business addresses that are easy to get to and verify.

This is quite difficult in almost all African countries as one cannot trust a merchant whose only contact is a mobile phone number which is mostly the case in Africa. This condition forces most of the transactions to be cash-based, or pushes the risk to banks via credit cards. These are, in turn, incredibly expensive due to the generic lack of trust in the market according to a research published by the Brookings Institution in 2013.

The United States, where e-commerce giant Amazon is based, is a developed economy with a seamless flow of goods from one point to the other. China, where e-commerce giant Alibaba is based, has an economy with a smooth flow of goods and services within its borders. Developed economies in Europe and other countries such as Japan, South Korea and Singapore have been able to integrate their logistics and supply chains into other international networks easily. This is partly because these countries have a coherent, well-regulated supply chains operating in an efficient economic environment with two-way trust.

African economies on the other hand, are poorly integrated – if at all. Each African country operates more or less as an independent economy, and their supply chains do not dovetail into each other unless neighbouring countries are involved. Supply chains in Kenya are radically different from those in neighbouring country South Sudan, which in turn look nothing like the supply chains in Ethiopia. This lack of supply chain integration makes intra-African e-commerce almost impossible. Additionally there are many different languages in Africa and a bewildering array of currencies, making it difficult for cross-border e-commerce merchants to scale their websites and still cater for every potential customer across Africa.

Different domestic regulations, high banking cost and the low usage of credit cards are all challenges that discourage the use of local e-commerce platforms. Again, companies in Africa hardly engage international third-party payment providers. This is mainly attributed to the reason that the financial market in Africa is underdeveloped.

Most African countries lack the reliable physical infrastructure that is required for the shipping of goods for e-commerce to flourish. In a paper that was published in 2013 by Joshua Meltzer, a senior fellow in Global Economy and Development program at the Brookings Institution, the researcher argues that access to low-cost transportation services is essential for the development of a functioning e-commerce market. The inadequate infrastructure in Africa, specifically Sub-Saharan Africa has hampered the possibility of electronic commerce reaching its full potential as there is little access to low-cost transportation services and electricity is largely unstable and unreliable in many cities on the continent.

There are no easy fixes to the challenges associated with e-commerce in Africa. Fixing infrastructure is exceedingly expensive, and the inability of most Governments in Africa to maintain physical infrastructure such as roads, railways, airports, electricity transmission facilities means that even the little infrastructure in most African countries is rapidly falling into disrepair. Africa’s infrastructure deficit is estimated at $93 billion according to the African Development Bank.

In most countries in Sub-Saharan Africa, one finds colonial-era infrastructure that has been neglected to the point of being unusable. In Ghana, it is difficult to believe that the southern part of the country was once linked by a robust railway line that transported goods and people from the rural lands to the towns and cities - The railway network serviced a series of ferries on the Volta Lake in the past.

Fixing infrastructure, such as roads and railway network will allow the establishment of reliable, predictable supply chains across all the regions of Ghana. This in turn will allow merchants to store fewer inventories which will eventually reduce the price of goods. The more this happens, the more the economies of scale will come into play.

There have been several attempts to fix physical addressing systems in Africa. Most of these are concentrated in cities, and are led by start-ups and government efforts. Governments in Africa should implement policies that will increase the physical addressing schemes across all the towns and cities on the continent.

Local companies in Africa should partner with the government as it has been done in Kenya, where start-ups like OKHi are leading efforts to bring coherence to a non-existent physical addressing scheme. These efforts should be extended to other African countries.

The number of online shoppers in Africa has out grown the global average as the number of online shoppers in Africa has increased by 18% yearly since 2014. The e-commerce market in Africa was valued at $5.7 billion in 2017 - this is less than 0.5% of Africa’s Gross Domestic Product and far below the global average of 4% according to the World Bank Doing Business report. The e-commerce market can engage more consumers if fraud detection and prevention mechanisms are improved to mitigate online fraud. There is a high level of mistrust in e-commerce transactions in Africa. Governments in Africa and merchants have a role to play in building trust within their respective sectors by using social media and word of mouth to allow e-commerce to take root.

Successive governments in Africa have paid lip service to rising literacy levels, but the truth is that literacy rates in most parts of Africa are generally low. To increase the total number of e-commerce consumers, it is imperative for governments in Africa to implement policies that will make quality education easily accessible, as it is generally only people who can read and write that can go online and buy or sell items.

Ama Achiaa Kankam Boadu is the author of ‘‘The Loyalty Effect: The Relationship between Customer Loyalty and Sales.’’ She holds a bachelor’s degree (B.A) in marketing, a master’s degree (MSc) in marketing and postgraduate certificates in; social media marketing from Boston University and risk management for projects from University of Adelaide.