Minerals Could Become Foundation for Africa’s Prosperity and Development 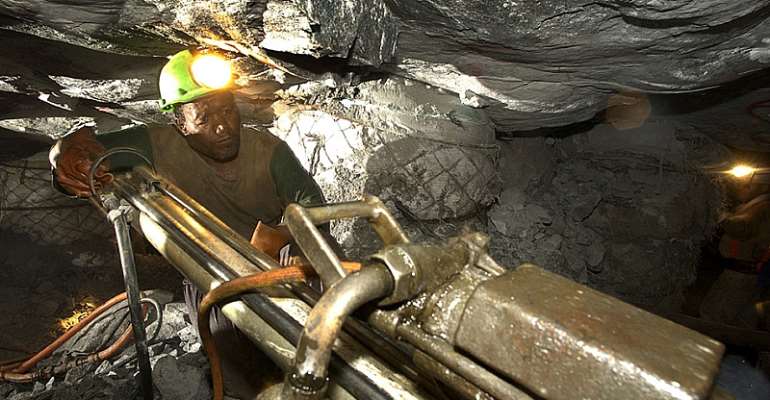 Russian experts have been actively involved in the study of Africa’s subsoil resources for a long time. Many African countries are enjoying the results of the work conducted by these experts and the fruits of scientific activity that began back in Soviet times. Further development of international cooperation could pave the way for the discovery of large deposits and could provide benefits from Russia’s many years of experience in offshore development, which is unique in many ways.

The session ‘Using Minerals in Africa for the Benefit of Its Peoples’, which will be held on 24 October as part of the Russia–Africa Economic Forum in Sochi, will focus on problems faced by the mining industries.

Existing and emerging trends on the global commodity market have a major impact on the development of the mining segment. It is crucial for the industry to utilize advanced methods for the prospecting, exploration, and production of raw materials as well as mineral processing, not to mention the processing of mining waste. The development of water sources for domestic consumption is also a particularly important social and economic issue.

“Africa is going through a period of very high activity in the extraction of minerals, primarily gold and oil. These efforts could provide a huge impetus to the region’s economy, but a lot of work needs to be carried out to properly apply them. It’s not only a matter of technology, but also the protection of investments, the drafting of legislation, and an overall reduction in risks for entrepreneurship. Russia has long established itself as a strong and reliable partner. The experience of working with Russian specialists is widely known on the African continent, and their reputation does not need any additional advertising. Not only can we offer our friends investments, but all our production and scientific potential as well”, Russian Minister of Natural Resources and Environment Dmitry Kobylkin said. “And we are interested in comprehensive cooperation uniting a wide range of industries and areas of development”.

The discussion on the industry’s most pressing problems will feature speeches by Dmitry Kobylkin, Minister of Natural Resources and Environment of the Russian Federation; Sergey Gorkov, General Director and Chairman of the Management Board of Rosgeologia; Vadim Kosyanov, Rector of the Russian State Geological Exploration University named after Sergo Ordzhonikidze (MGRI); Boris Ivanov, Managing Director of GPB Global Resources; and Aleksander Ivanov, First Deputy General Director for Mining and Metallurgy Projects at Vi Holding. The discussion will also include foreign experts and business representatives: Samson Gwede Mantashe, Minister of Mineral and Energy Resources of the Republic of South Africa; Francis Gatare, Chief Executive Officer of Rwanda Mines Petroleum and Gas Board; H.E. Adil Ali Ibrahim, Minister of Energy and Mining of the Republic of the Sudan; Peter Gatirau Munya, Cabinet Secretary and Ministry of Industry, Trade and Cooperatives of the Republic of Kenya; Viktor Radko, Chief Executive Officer of United Manganese of Kalahari; and Aziz Rabbah, Minister of Energy, Mines and Environment of the Kingdom of Morocco. The session will be moderated by Aleksander Chernikh, General Director of the Central Research Geological Exploration Institute of Non-Ferrous and Precious Metals (TSNIGRI).

A detailed version of the Russia–Africa Economic Forum programme is available at: https://summitafrica.ru/programm/.

What Has "Otani Gyimifoc" Have To Do With Agyapa Royalties L...
45 minutes ago