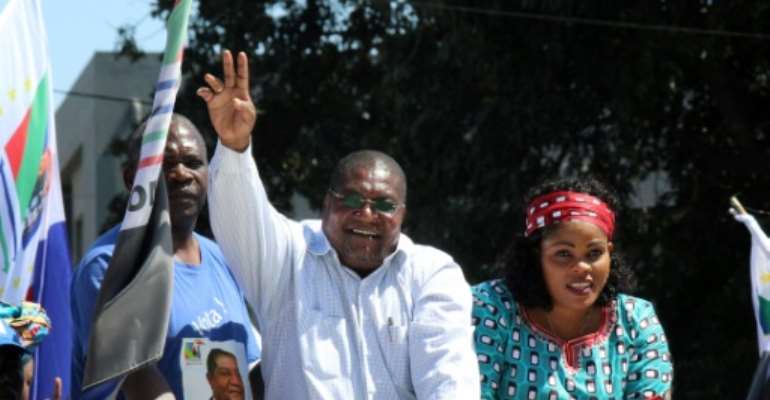 Mozambique's main opposition party Renamo on Monday urged the population to reject the "massive electoral fraud" it claims had been perpetrated during last week's polls.

The former rebel group has called for fresh elections, accusing the government of breaching a peace deal by using violence and intimidation on voting day.

Partial results show President Filipe Nyusi and his Frelimo party -- which has ruled the southern African country for 44 years -- headed for a much larger win than had been expected.

After a party meeting on Monday, Renamo leader Ossufo Momade demanded the "restoration of the electoral truth denied to the Mozambican people because of serious irregularities that tainted the process".

In a statement he urged "all Mozambicans not to accept massive electoral fraud".

The presidential, parliamentary and provincial polls last Tuesday were marred by numerous claims of irregularities and fraud.

The vote also came after one of the most violent campaigns in the country's history, with a local observer mission saying 10 people were killed over a six-week period.

International observers have expressed concerns about the election's integrity. The US embassy in the capital Maputo said its observers witnessed some irregularities that "strained credulity".

The National Electoral Commission (CNE) has released partial results for the presidential and parliamentary polls that indicate a far larger Frelimo victory than forecast.

Momade was on 20 percent -- a significant drop from the 2014 election, when his predecessor Afonso Dhlakama garnered 37 percent of the vote to Nyusi's 57 percent.

The CNE's parliamentary results showed Frelimo winning 76 percent of 3.4 million votes counted so far, smashing Renamo's 17 percent. Around 13 million people were registered to vote out of a population of 30 million.

Such a dominant win would be a surprise after Frelimo suffered its worst-ever performance at the ballot box last year, winning 51.8 percent in local elections.

Renamo and Frelimo sealed a peace deal in August in a bid to move past decades of conflict, including a brutal civil war from 1975-1992 that left almost one million people dead.

As part of the agreement, Frelimo allowed voters to elect governors for the country's 10 provinces for the first time.

Renamo had been tipped to win control of at least three provinces, but the lop-sided nature of the other results has cast doubt on that prediction.

Provincial results were expected on Monday, but had not been released by the evening.

The CNE is obliged to release the final results within 15 days of the vote.