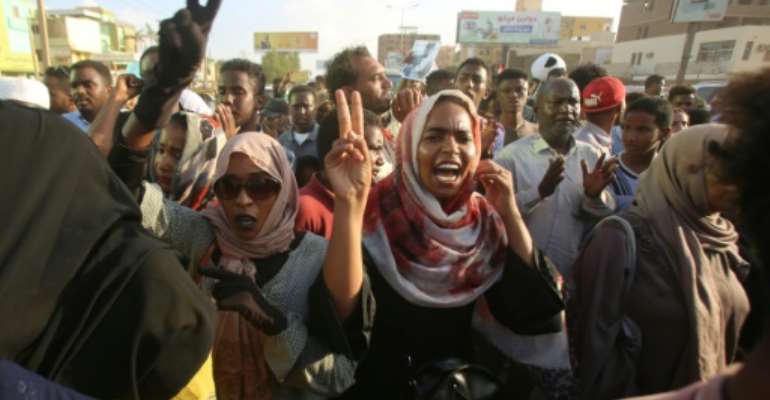 Crowds of men and women rallied in Khartoum, its twin city of Omdurman, Madani, Al-Obeid, Port Sudan and in the town of Zalinge in war-torn Darfur, expressing support for the new authorities tasked with the country's transition to civilian rule.

"We came out to support our government because we want this government to complete its mission by dissolving the NCP and secure the rights of martyrs," said Matwkil Babikir at a rally in Khartoum's sprawling Freedom Square.

The rallies, organised by the umbrella protest movement Forces of Freedom and Change, also demanded justice for those killed during the months-long uprising that led to Bashir's ouster in April.

"Justice is important for all victims over the past 30 years," said Prime Minister Abdalla Hamdok in a speech broadcast on state television on Monday evening.

"We have set up a committee to investigate the dispersal of the Khartoum sit-in," he said, referring to the June 3 crackdown on protesters outside military headquarters.

Armed men in military fatigues had stormed through the weeks-long sit-in on that day, leaving behind dozens of dead and wounded.

Some Islamist groups had also called for similar gatherings on Monday in Khartoum but no major rally of their supporters was reported.

Bashir and the NCP ruled Sudan for three decades since 1989 when he came to power in an Islamist-backed coup.

Protests erupted against his government in December 2018 and quickly turned into a nationwide anti-regime movement that finally led to his ouster.

The protest movement says more than 250 people were killed in the uprising. Officials have given a lower death toll.

Bashir is being held in a prison in Khartoum facing trial on charges of corruption. Several other officials of his government and senior party members are also in jail.

Sudan is now ruled by a joint civilian-military sovereign council, while a civilian-led cabinet headed by Hamdok is charged with the day-to-day running of the country.