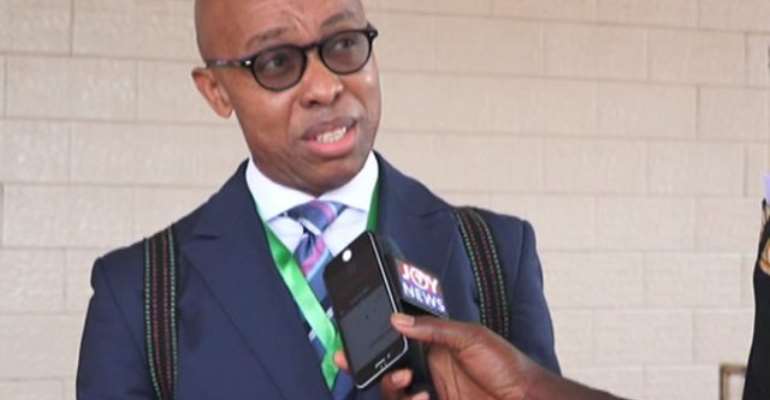 A member of the Economic Community of West African States (ECOWAS) Court of Justice lambasts Nigeria for closing all its land borders.

Describing the move as irresponsible, Dr Chidi Anselm Odinkalu said Nigeria is not allowed to take and effect such a decision without consulting regional neighbours.

In an interview with Joy News’ Henry Kwasi Badu, he said, “Nigeria has acted irresponsibly and has put the Community in peril...that is wrong. There are rules for doing the kind of thing Nigeria has done.

“If Nigeria chooses to do this, it’s got to notify the sub-region or it’s got to derogate formally from the treaty or denounce the treaty. Nigeria has not done any of those things. What is has simply done is to blockade its neighbours in the sub-region,” he added.

The treaty Dr Odinkalu refers to is the ECOWAS Treaty, a multilateral agreement signed by member states.

- the adoption of a common external tariff and a common trade policy vis-a-vis third countries;

- the removal, between member states, of obstacles to the free movement of persons, goods, services and capital, and to the right of residence and establishment.

But Nigeria had none of that in mind when it closed all land borders last week.

The decision, according to the country’s C omptroller-General of the Nigerian Customs Service, Hameed Ali, is part of an effort to curb smuggling.

"All goods, for now, are banned from being exported or imported through our land borders and that is to ensure we have total control over what comes in," Hameed Ali, comptroller-general of the Nigerian Customs Service, told reporters in Abuja on Monday.

He added "We are strategising on how best the goods can be handled when we eventually get to the point where this operation will relax for the influx of goods," he said.

He did not give a timeline for any relaxation of the controls. The decision has left Ghanaian and Nigerian traders stranded.

Dr Odinkalu who is himself a Nigerian said the decision is simply a violation of obligations.

“Nigeria has quite literally driven carts and horses through the legal obligations that underpin ECOWAS and that means that if tomorrow, any other country violates the rules of the sub-region in the same way, Nigeria cannot do anything about it,” he said.

In response to whether or not the Court of Justice should summon Nigeria on the development, he said while that can be done, it would be better for member states or citizens to introduce the case to the court.

“It is very serious and it requires the Court of Justice to get involved but not of its own motion,” he said.