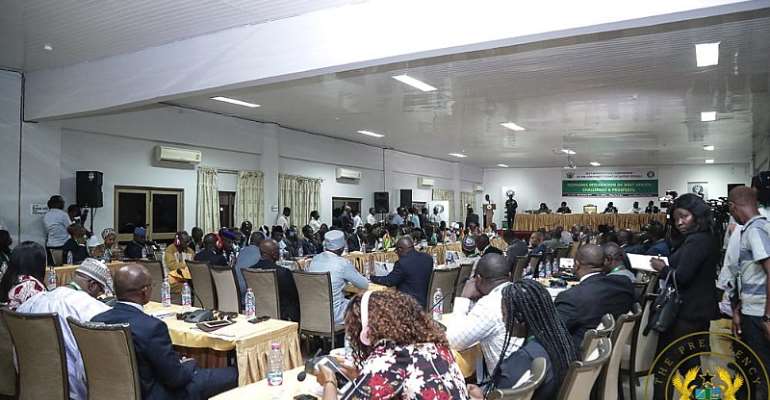 Minister for Foreign Affairs and Regional Integration, Shirley Botchwey has charged the Economic Community of West African States (ECOWAS) Court of Justice to play their respective roles in facilitating the process of establishing an Economic Union in West Africa.

According to her, as the community’s principal legal organ, the ECOWAS Court of Justice has a critical role to play in driving the agenda of providing an enabling legal environment that promotes economic integration.

Speaking at the opening ceremony of the International Conference of ECOWAS Court of Justice in Accra, the Minister said “The Court must effectively discharge its mandate consistent with the Revised ECOWAS Treaty and Supplementary Protocol of 2005”.

She also added that there is a need for a strong regional mechanism to resolve disputes relating to the integration process such as matters relating to the ECOWAS Trade Liberalization Scheme.

Hon Botchwey further mentioned that per the theme for the conference, it will offer experts from various regions the opportunity to critically examine the challenges and prospects for realization of ECOWAS objectives.

She said “The adoption of the Supplementary Protocol in 2005, which granted human rights jurisdiction to the community court of Justice was a turning point in the history of the court and the citizens of the ECOWAS Community."

The sector minister commended the Court of Justice the significant strides it made in the course of the four decades of existence of ECOWAS.

President of ECOWAS Court of Justice, Justice Edward Amoako Asante revealed that since 1975, the Courts have achieved great milestones but a lot still remains to be done.

He said “This conference will offer us a great opportunity to interrogate the challenges and prospects of our integration process. Over the years, ECOWAS has adopted a large body of laws, ranging from Protocols to subsidiary legal instruments on various subjects”.

Justice Asante mentioned that the 1991 initial protocol on the court (A/P1/7/91) was amended in 2005 by the Supplementary Protocol (A/SP.1/01/05) which granted the court jurisdiction to determine cases of violation of human rights.

He was confident that the conference will produce meaningful outcomes that will be useful in charting the course of ECOWAS economic integration agenda in the years ahead.

The Economic Community of West African States (ECOWAS) which was established by the Lagos Treaty in May 1975, has a revised treaty which replaced the initial treaty that was adopted in 1993. The Revised Treaty is the fundamental charter of ECOWAS and the roadmap for the economic integration of the community.