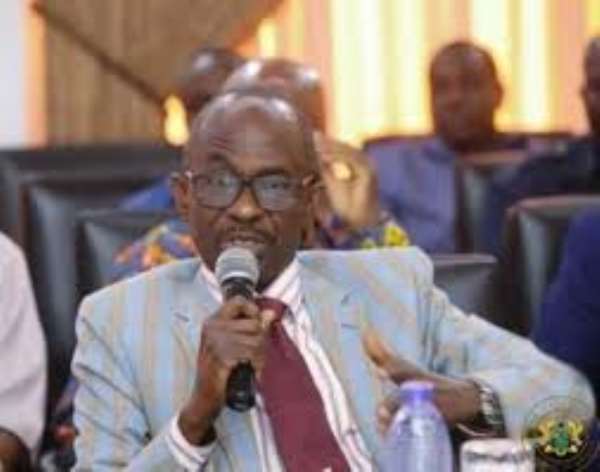 The ruling New Patriotic Party government has been caught pants down as moves to handover Ghanaian’s power sector asset worth Ghc22 billion to his family and cronies backfires, the opposition National Democratic Congress (NDC) stated at a press briefing.

"It’s been exposed that government, led by the President, H.E Akuffo Addo in restructuring the agreement to privatized Ghana’s power distribution, Electricity Company of Ghana (ECG) is a move to hand over to his family and friends.

"The government claims it’s been defrauded in the attempt to privatize ECG with a supposed claim of insurance guarantee provided per the BSA and LAA Payment Security by PDS."

At a press conference addressed by the General Secretary of the NDC Johnson Asiedu Nketiah, the government deliberately appropriated 51% local shareholding in the ECG concession to a cabal of the President, H.E Akuffo Addo under the guise of private participation.

He stated that, the government altered parts of the agreement prior to the privatization, and this, the party says was deliberately orchestrated to suit the government’s plan.

According to him, government, in an attempt through the Ministry of Finance substituted the precondition of a Bank Guarantee into an Insurance Guarantee and failed to conduct due diligence in the supposed Insurance Guarantee before handing over the ghc22 billion assets of the country.

He noted that the government also connived with Meralco to form and transfer shares to SPV’s without due consent of the Parliament of Ghana. These facts form basis that the President had sought to privately own the state asset worth Ghc22billion.

General Secretary, Johnson Asiedu Nketiah revealed that, as part of the deal, the President has on numerous occasion engaged in secret meetings with EDF and Energia SA in Angola and France respectively.

This adds up to the numerous scandals bedeviled the NPP-led government including the twelve million dollars Oslo Chancery deal, the Ghc800,000 website deal and an attempt to swindle Ghanaians of $800 million dollars in the Ameri Novation deal.

He has however called on Ghanaians to demand a refund of all monies accrued over the period and that government should take steps to sanction individuals involved in the deal, including the Finance Minister, Ken Ofori Atta.

Newborns to get National Identification numbers by 2022 – Ba...
57 minutes ago