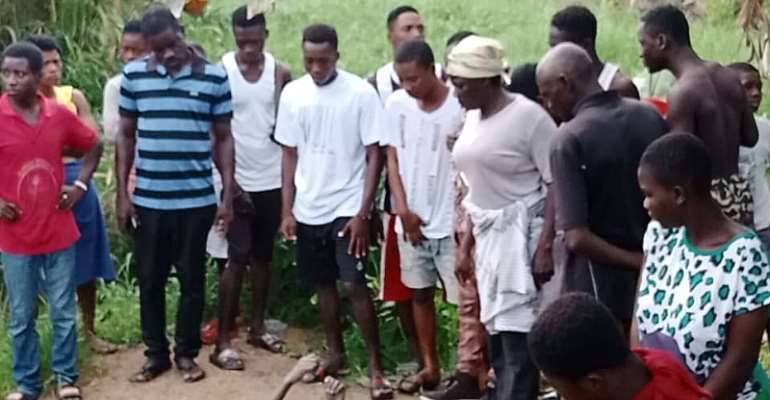 A 15-year-old boy has been found dead in a river at Awutu Bereku in the Central Region today.

Emmanuel Tetteh, according to reports drowned in the late hours of Sunday but was found on Monday morning by some individuals who went to the riverside to fetch water.

Speaking to Citi News in an interview, Chief Inspector Stephen Tamaklo of the Awutu Bereku district Police Command explained that the body of the deceased has since been deposited at the Morgue pending autopsy.

“We were informed by some individuals that a 15-year-old boy has drowned in the ponpom river and from what we learnt, he went to swim in the river because his shirt was found just beside the bridge close to the river. So I can say that he was going to swim but did not know how to swim so he got drowned in the process,” Chief Inspector Tamaklo said.

The grandmother of the fifteen-year-old boy Auntie Korkor expressed shock at the incident adding that his grandson died a painful death.

“I am sad because of what has happened and I don’t know what to do. My only grandson is gone,” she wailed.

Some residents who spoke to Citi News suspected foul play.

“When I heard of the Emma’s death in the beginning I suspected foul play but after the police came to the scene and did their investigation I now believe that he died as a result of drowning because his shirt was found close to the bride at the river banks,” a resident said.

Another resident said: “For me it’s been six years since someone died in this river but I believe that this particular boy was killed and thrown into the river.”