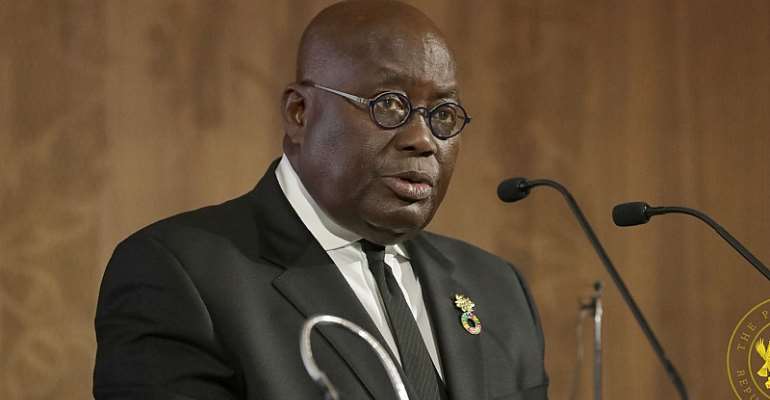 President Nana Akufo-Addo has stated strongly that the inability of the Economic Community of West African States (ECOWAS) to integrate fully is simply due to the lack of leadership.

Addressing attendees of the 2019 International Conference of the Community Court of Justice, ECOWAS, at the Mensvic Hotel under the theme, “Economic Integration of West Africa: Challenges and Prospects,”the President said the ECOWAS region cannot make the bold and urgent changes so required without appropriate united leadership.

“Our problem over the years I suggest has been leadership. The implementation of plans to bring progress and prosperity to the 350 million citizens of ECOWAS has been left to well meaning technocrats and bureaucrats. However well meaning they may be, our region cannot make the bold transforming changes it needs to make without visionary, political leadership. We need leadership that is focused on the region and not on individual countries” President Akufo Addo indicated.

In a comparative analysis with the integration success that the European Union (EU) has achieved as compared to ECOWAS, President Akufo Addo noted that “the European Union took off because the political leadership of France and Germany decided to make it work” .

“Today however, while the EU is central to the life of Europeans, ECOWAS is still somewhat peripheral to the lifes of most West Africans and it is not for the lack of plans or even rules and regulations, it is simply that the political will to make integration real has been less evident than Europe” the President noted. “Once the political will is evident, we can then work together to make ECOWAS a true regional community”.

President of the ECOWAS Court of Justice

In his introductory remarks, President of the ECOWAS Court of Justice, Justice Edward Amoako Asante, noted that ECOWAS over the years has recorded a lot of achievements as the leading Regional Economic Community (REC) in Africa.

“Since the establishment of the Economic Community of West African States (ECOWAS) in 1975, we have achieved great milestones but a lot still remains to be done. This conference therefore offers us a great opportunity to interrogate the challenges and prospects of our integration process” Justice Edward Amoako Asante said.

He further observed that “by the quality of the participants ard having had the privilege of having a preview of the high quality of the presentations to be made here in the next three days, I am confident that this conference will be very fruitful and that the outcome of the conference will be useful in charting the course of the ECOWAS economic integration agenda in the years ahead”.

The ECOWAS Court of Justice

The ECOWAS Court of Justice is the judicial organ of the Economic Community of West African States (ECOWAS) and is charged with resolving disputes related to the Community's treaty, protocols and conventions. The ECOWAS Community Court of Justice has competence to hear individual complaints of alleged human rights violations. Founded on May 28, 1975, under the Treaty of Lagos for the purpose of promoting economic integration across the region, ECOWAS comprises 15 West African countries: Benin, Burkina Faso, Cape Verde, Côte d'Ivoire, Gambia, Ghana, Guinea, Guinea-Bissau, Liberia, Mali, Niger, Nigeria, Senegal, Sierra Leone, and Togo.

The ECOWAS Court of Justice was created pursuant to the Revised Treaty of the Economic Community of West African States of 1993, and is headquartered in Abuja, Nigeria. In addition to providing advisory opinions on the meaning of Community law, the Court has jurisdiction to examine cases involving: an alleged failure by a Member State to comply with Community law, a dispute relating to the interpretation and application of Community acts, dispute between Community institutions and their officials, Community liability, human rights violations, and the legality of Community laws and policies.

The Court's decisions on human rights matters interpret the African Charter on Human and Peoples' Rights, considered by Article 1(h) of Protocol A/SP1/12/01 to contain “constitutional principles shared by all Member States” as legally binding on ECOWAS Member States.