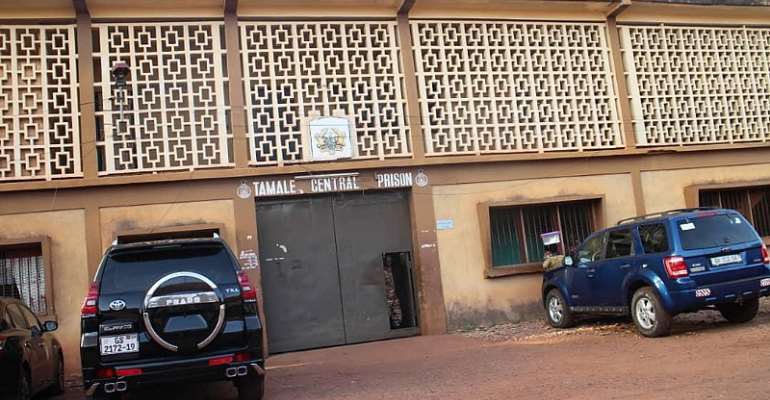 Authorities at the Tamale Central Prison have cried about the feeding amount for prisoners at the facility.

According to the authorities, the feeding amount which is GH¢ 1.80p per inmate is woefully inadequate.

The authorities said they are compelled to manage the amount to feed over 250 inmates.

Public Relations Officer of the Prison, DSP David Afatsawu, told DGN Online that some health conditions of the inmates are not covered by the National Health Insurance which is a challenge to them.

“Sometimes when a prisoner can’t get a relative to support with regards to their health ,sometimes an officer will have to carry out such responsibility for the prisoner,” he said.

He appealed to the National Health Insurance Scheme to cover some specific health conditions in the various prisons.

He made this known when the Royalhouse Chapel International, led by its Founder and Apostle General, Rev. Sam Korankye Ankrah, made a donation to the Tamale Central prison.

The outreach formed part of Royalhouse Chapel’s social intervention programme, ‘Compassion Ministry’ that is characterized by sharing of the love of God to socially disadvantaged groups.

Over the years, the Compassion Ministry has left its mark at the Gambaga ‘witches’ camp, Nsawam, Koforidua and Ho Prisons as well as several homes and orphanages in the country.