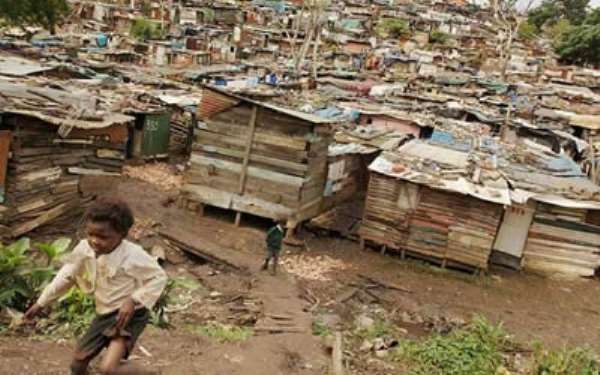 Poverty is one thing no one should wish for even their worst enemies. If poverty were a punishment, it should have been given to those who had committed the worst of crimes because it makes people live substandard lives. Poverty cuts dreams short. No matter how great one’s ambitions are, if they are poor, those ambitions may unfortunately remain unfulfilled.

I have observed how poverty has made people take decisions they wouldn’t have usually taken. I have read about how nations have gradually sold their sovereignty to others courtesy poverty. I have seen how elderly people have become doormats for others who could pass for their children… just because they are poor. Poverty, indeed, is not a good friend to have.

In all our lives, we ought to strive to stay away from poverty. Inasmuch as we should not be carried away by greed and excessive penchant for wealth, we ought to know that poverty can stand in the way of who we really need to be. Some people could have been great men who would have turned the fortunes of their communities around… but for poverty. If not for poverty, someone could have had access to quality education and opportunities that would have made them the wo/man of repute they were created to be.

Poverty is expensive because it is a multiplier of problems. It makes one postpone their needs because they can’t afford them now… until they have to pay more for those needs later when they can’t live without them. If you can’t afford your drugs today, for instance, you may need to buy more expensive drugs tomorrow when your health deteriorates. If you can’t pay for some needs today, you may have to resort to loans. If you can’t pay those loans, they become bigger debts. That’s how expensive poverty can be!

Imagine a poor man diagnosed of cancer in its early stages. It becomes a need to manage it but he has no money to. He ignores it. Before he knows, the cancer would have crawled to its terminal stages and aside he having to pay more, his life is even on the verge of being lost!

Many waste away their lives because of poverty. I have seen how poverty can be so expensive that a lot have to sell their dignity for their daily bread. At the end of the day, they may even have to pay more to treat the sexually transmitted diseases (STDs) they may have contracted. Poverty means more bills later.

Every person should strive to have enough in this life. Work harder if working hard is not enough. Find creative ways of having multiple streams of income. At all cost, find legitimate ways of boosting your earning abilities. No matter one’s good intentions, they can do nothing without money. Our good intentions become ‘no intentions’ in the absence of money.

It takes a lot to be rich but remember it takes even more to be poor. The price one pays to be wealthy is big. Mind you, however, that what one pays when they are poor is even bigger.

Poverty has a multiplier effect and so does our little efforts. They soon blossom everything around us. When we keep going back to knock at the door of life’s opportunities, that door may one day be opened to us. Poverty may have rippling effects on everything around us but our persistent efforts do, too.

Never envy anyone’s wealth but don’t ever wish to be poor either.

Poverty is expensive. You need a lot of hard work to buy yourself out. If you are poor today, don’t give up yet. Your daily, consistent efforts are building up that capital you need to bail yourself out. Though you may not be seeing significant improvements, don’t give up. You are only a few meters away from the finishing line. Keep running!

Akufo-Addo is sleeping on the job, he’s a failure – Ofosu Am...
49 minutes ago