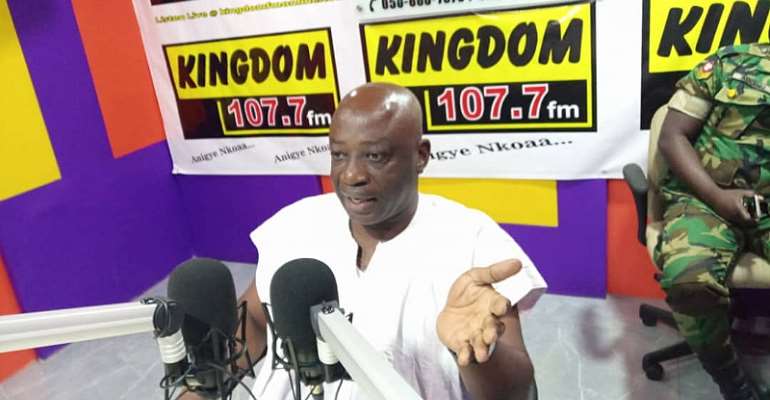 The Chief Executive Officer of Public Sector Reforms, Thomas Kusi Boafo has appealed to churches to start fulfilling their tax obligations on their commercial activities to help in the development of the country.

According to him, churches that are purely into a profit-making business must pay tax because the law requires that businesses pay tax.

Mr. Thomas Kusi Boafo has backed the plan for churches in the country to be taxed, grounding his position on the fact that churches have now moved into the realm of wealth creation and prosperity.

“Patriotic citizens or people who love their country should not be against taxes. Taxes are meant for development, if they are not being used well, yes, we can talk about it, churches must start paying taxes to help in development,” Thomas Kusi Boafo told Kwaku Dawuro on ‘Pae Mu Ka’ on Accra-based Kingdom FM 107.7.

Considering the fact that some churches were currently engaged in business for profit, the CEO stated that it was only fair for them to fulfill their obligation to the state.

Religious leaders and the Government of Ghana have agreed to set up a body that will ensure that religious institutions pay taxes on the income they generate.

They own very expensive vehicles and properties and that prompt people to question why churches’ income and that of their pastors are not subjected to tax.

“In view of the commercial drive of churches, it is supremely important for the state in furtherance of its role as the regulator of business activities in Ghana to tax the income or profits of churches derived from trade or business,” he stated.

Background
According to him, the current laws of the country warranted that churches paid taxes for activities which were commercial or profit-oriented.

Section 7 (1) of the Income Tax Act,2015, Act 896 talks about exempt amounts and it includes Section 7 (1) a. which stipulates that “the salary, allowances, facilities, pension and gratuity of the President in accordance with Article 68 (5) of the Constitution “.

Churches’ incomes being subjected to tax has become a topical issue because of “one-man churches “where the entire offerings and tithes go directly to the pastor who happens to be the founder. In the case of orthodox churches there are structures that have been put in place which makes it difficult for the pastor to dip his hands into the coffers. These churches support the communities in which they operate in various ways including drilling boreholes and even set up scholarship schemes to support wards of their members and the community at large.