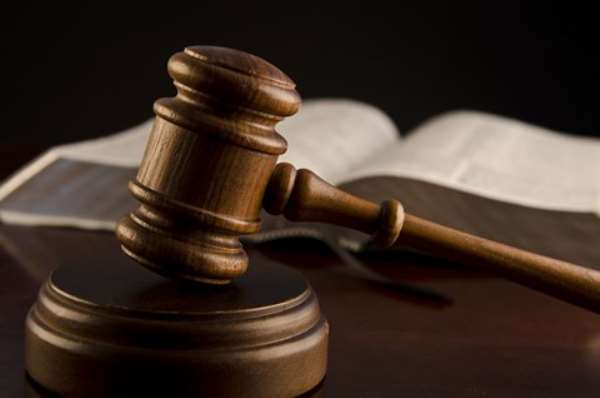 The Management of the Ekumfi Fruits and Juices Ltd has described comments by one Osofo Kyiri Abosom the founder and leader of Life Assembly Worship Centre on a UTV programme, "Mpu ne Mpu" and widely circulated on social media over the weekend, as malicious, blatantly false, misleading and a calculated attempt to run down a promising Ghanaian business for political reasons.

It is also calling on Ghanaians to treat such comments with all the contempt it deserves.

The said Osofo Kyiri Abosom on UTV program made comments to the effect that the company's state-of-the-art fruit juice factory, at Ekumfi Nanaben has been turned into pure water production factory . Even with the timely correction of his comments by the Board Chairman of EXIM Bank, the said Kyiri Abosom still insisted that what he was saying was the truth and that he has videos to support the statement.

The management of the Ekumfi Fruits and Juices Ltd, in a press statement said the comments by this person is rather unfortunate and misleading.

The company has therefore invited the said Osofo Kyiri Abosom and the host of the program to travel to the factory site within the next 7 days, to see for themselves what the extent of works is, and thereafter, to do the Honorable thing by retracting this falsehood and apologizing or risk being hauled before court to substantiate the claim. The company is also demanding that the said video be made available to the station and to the public at large.

“We have instructed our lawyers to sue this man, and the TV station if this retraction and correction is not done within one week."

"Less than two weeks ago, the Credit Committee and the Board of EXIM Bank visited the factory site to apprise themselves of the progress of work, and with them came a host of media houses, including a TV reporter from UTV who took videos and conducted interviews on what was going on there. It is therefore surprising that such a claim on live TV could not be verified even from the reporter to ascertain the veracity or otherwise of the claim.

How a fruit juice processing line involving extraction of juice from pineapple, pasteurising and other processes and packaged into tetrepaks and cans can be reconfigured to produce "pure water" baffles our minds. His admission that we have enough pineapples to process make his claim more absurd. Why would anyone, sane or insane, who has procured a machine for pineapples reconfigure same to now produce pure water even in the abundance of pineapples?" it quizzed.

"There is no such pure water activity going on at the Ekumfi factory site and so if there is anyone who has carted pure water from our factory or has bought any kind of water from the Ekumfi Fruits and Juices factory, that person should own up"

“This is how some of these prophets continue to spew lies and end up destroying the country”, it said

To set the record straight, the EXIM Bank financed project which is part of government’s One District One Factory (1D1F) initiative is almost complete with full process testing and training scheduled for the coming weeks. So far the extraction processing lines have been tested and all machines installed.

Per the company’s five-year strategy vision, it is cultivating more than 4,000 acres of pineapples in many communities in the district as well as in the neighbouring districts that would in all, produce 80 million fruits per annum for the processing line.

It has also projected 600 acres per year, in preparing to switchgear to the next phase of cultivation that would see the expansion of its raw material base up to the projected 4,000 acres needed to feed the factory at full capacity.

In all, share-growers engaged at the Ekumfi sites have cultivated nearly 600 acres of pineapples and keep planting every day to meet the eight acre demand of pineapple per day for the factory.

Additionally, Greenfields and Foods Ghana Limited have also cultivated about 250 acres of pineapples on their two farm sites, one at Gomoa Assin and the other at Gomoa Oguaakrom

The factory can process about 300,000,000 packs of juice annually for the local and export markets and would generate close to GH¢350 million in revenue.