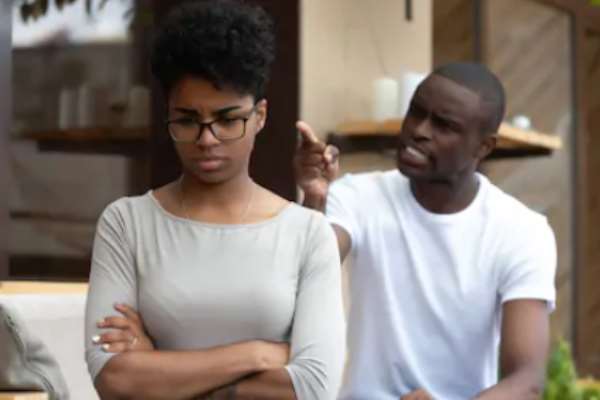 Abuse of any kind is complicated and difficult to understand, navigate and identify, but this is especially true for emotional abuse.

In physically abusive relationships, there is tangible evidence of violence and distress. Beyond that, emotional abuse can involve extremely sophisticated—and more importantly, toxic—game-playing, like inconsistent, unpredictable displays of affection or love (there’s a firm line between jealousy and possessiveness, for example). And while the warning signs can seem more ambiguous, psychological and emotional abuse can be just as damaging.

According to Beverly Engel, author of The Emotionally Abusive Relationship, the parameters are clear: “Emotional abuse is defined as any nonphysical behavior or attitude that is designed to control, subdue, punish, or isolate another person through the use of humiliation or fear.” So to better understand how emotional abuse plays out in intimate partnerships and to identify the signs for both those who are in one as well as how to support loved ones, we spoke with Kelly McNelis, founder of Women for One and author of Your Messy Brilliance, and Sherry Benton, Ph.D., founder and chief science officer of TAO Connect.

Read on to hear about the major signs of an emotionally abusive relationship as well as when and how to reevaluate a relationship.

Why Emotional Abuse Is Difficult to Identify

To unpack the distinction between emotional and physical abuse, we asked Benton to clarify some of the different behaviors and warning signs. “Well, if someone is physically violent, that is sort of overt and obvious. Often times, the emotionally abusive relationships are more subtle, she explains. “The other thing is that a lot of times in an abusive relationship, it’ll start out wonderful, great, and fabulous, and the problems evolve very slowly over time so that it gets worse and worse and worse, and each time you’re getting more adapted to [the negative patterns] so that it gets more difficult to [see as well as to leave].”

She mentions that you may find yourself saying, “‘Hey, wait a minute. This is really not what I want for my life.’ Whereas if [the relationship] started out that way and they weren’t behaving that way, there’s no way the person would be in the relationship.” And then Benton offers us an analogy. “There’s this story that if you toss a frog into a pot of boiling water, it will scramble to get out. But if you put the frog in the water while the water is still cold and slowly raise the temperature, the frog will just sit there until it is boiled to death.

Well, the same kind of thing can happen in relationships.”

The four major signs of emotionally abusive relationships may seem like really different types of behavior, but they produce the same kind of hurt. Benton explains them in detail below, as informed by John Gottman, a researcher and writer on the subject of what constitutes a healthy relationship: “He has seen hundreds and thousands of relationships over many, many years, and he can tell from the way people interact whether that couple will still be together seven years later. And there are four things that he finds [are indicators that] the relationship is probably not going to last.”

Criticism: “Being hypercritical, belittling, calling people names, all of those things” are forms of criticism. This sign also emerges when you or your partner focus on attacking the other person’s character or quality rather than the action or behavior that was bothering you.

Contempt: “It’s one thing to just kind of say how you feel and ask for what you need. But then the expectation that the person is going to hear you and at least be respectful and caring in their response, even if they can’t give you what you need,” is essential to a healthy relationship. If there’s contempt in a relationship, Benton says it’s pretty impossible to “get your needs met… and you’re going to spend your life feeling hurt.” Some examples of contempt include mean-spirited sarcasm, arrogance, disgust, and apathy. Of course, sarcasm can come up in a playful way too, so ask yourself, Is it done with affection, or is it really done to hurt the other person?

Excessive Defensiveness: “If you constantly feel like you have to defend yourself, or the other person feels like they’re constantly put on the defensive, then basically all you’re having is negative communication. There’s not love, support, caring. It’s like you’re at battle and you’ve got your shield up all the time,” Benton explains.

Stonewalling: “When somebody refuses to talk or communicate and just kind of shuts down,” that can be just as hurtful as name-calling, contempt, and defensiveness. It can be just as damaging because when somebody shuts you out and won’t communicate with you, it’s sending the message that they are rejecting you and don’t care about you. Because they are refusing to engage you, they are essentially abandoning you.

However, in a successful, long-lasting, and strong relationship, you should never be afraid to say what's truly on your mind or feel the need to hold back your feelings out of fear of your partner's reaction.

Similarly, an important distinction to make between healthy and unhealthy relationships is that in a healthy relationship, “when you disagree or you fight, you’re fighting to understand and get through it. You still care about each other, and that’s clear.” Benton clarifies that “it’s not that people in healthy relationships don’t have disagreements; they do. They have just as many as people in a bad relationship. But the difference is what they do with those [conflicts].” It can be difficult to discern in certain cases, as “sometimes what you get is some pretty sophisticated game-playing, where somebody might be remorseful and all of a sudden caring and loving for a few hours, but you know you can’t trust it because they’re going to go back to those demeaning and belittling, all those negative things they do the rest of the time. So you’re constantly on this emotional roller coaster with them.”

If you resonate with some of the examples above, it doesn’t necessarily mean that your relationship is doomed. As Benton says, “I think that people can learn new ways to communicate and rescue their relationship sometimes.” However, it’s “much easier to do that if you do that with an impartial third party, which is one of the best things about relationship counseling.” That being said, there are many cases in which the relationship is simply not healthy or worth being in. “I think if you love someone, you don’t treat them like that, ever. Period. And the research indicates that that’s the case.”

How to leave an abusive relationship

If you find yourself in an emotionally abusive relationship, Benton suggests asking yourself the same questions you’d ask a friend. “Look around and find a relationship that’s something you can imagine yourself wanting. I think having a picture of what should happen” is a good place to start realizing that you want something else out of a relationship that you aren’t getting from your current partner. And she isn’t suggesting that you compare yourself to “idealistic movie relationships that don’t match real people’s experiences.” Instead, think of “real people who really struggle with each other and who really work on things together.”

As McNelis advises, it’s most important to show yourself compassion and to remember that “nobody willingly chooses abuse. The great thing is that these difficult experiences are the ones that help us to build character, strength, and resilience. By diving into our experience and choosing to learn from our trauma, we can come out on the other side more powerful and in a position to stand up for others in similar situations.”

Instead of looking for someone or something to blame, she encourages those who have experienced abuse to “choose to claim our self-worth and recognize our courage—both in the moment of our experience and in the aftermath. We are always doing the best we can with whatever we have.” Rather than “dwelling on what you could’ve done ‘better,'” or differently in retrospect, think about how “every moment in life gives you the opportunity to start over and to learn from whatever life has dealt you.” Most importantly, she emphasizes that no matter how painful your trauma was, you can get through it.

How to Help Someone in an Emotionally Abusive Relationship

If you aren’t in an emotionally abusive relationship but you suspect that your friend or loved one is, Benton explains that your goal should be to help them explore without necessarily explicitly judging their relationship. But before you do, McNelis says that “in order to be an ally to someone who is in an abusive relationship, you have to educate yourself about abuse: What it is, what it entails, and how people who are under its thumb think, feel, and behave. This will help you put yourself in the shoes of the person you love and understand what they are going through.” Educating yourself will also show you that each experience of abuse is unique to the victim and their situation, says McNelis. “All too often, people on the outside cast judgments upon the person without any idea of what they are going through and what their legitimate reasons might be for remaining in such a position.”

It’s important to remember that as much as you want what is best for them, that it isn’t up to you to decide, adds McNelis. “The best thing you can do is listen and hold space for your loved one. It isn’t your job to save them; by allowing for the experience and witnessing their truth, while also championing their courage and capacity to do what’s right for them, you’ll help them to discover their own lessons, wisdom, and voice. You can also gently nudge them toward resources that might allow them to make the best decisions for themselves, but this can’t be something you force upon them; it always needs to come from their choice alone.”

Once you feel equipped to help, start by asking, “Has this person ever seen a healthy relationship? [It] could be parents, grandparents, aunts, uncles, cousins, best friend’s parents, whoever.” You can also ask, “Who do you know who has a relationship that you would like to have? How does the relationship you’re in now measure up to that?” This is a helpful exercise that helps them come to their own realizations while still feeling supported by you, which definitely won’t be the case if you say, “You’re in a terrible relationship. You need to get out of it.” Again, Benton says to focus on pointing out the behaviors that you see either them engaging in or their partner engaging in that worry you. “Keep it very behavioral and only talk about how you’re worried about them,” Benton says. An example could be, “This is what I saw happen, and that worries me because…” And then help them by thinking about what they really want in a relationship.