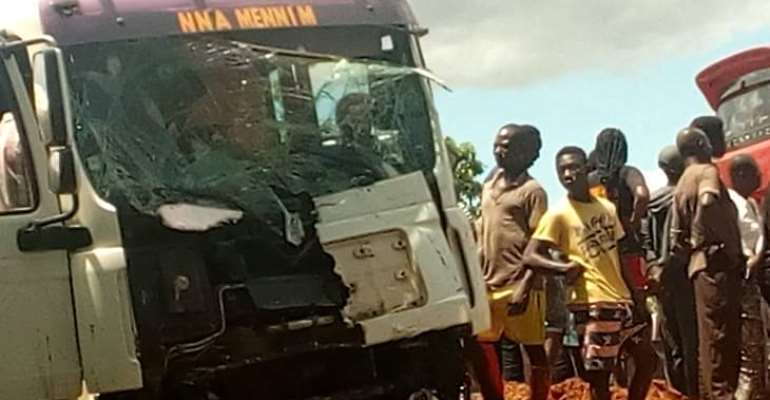 Six persons have been confirmed dead, with 12 others in critical condition in a dawn crash at Akyem – Nsutam near Bunso Junction on the Accra-Kumasi Highway.

An eyewitness told DGN Online that the sprinter bus was overspeeding.

The eyewitness said the bus tried to overtake other vehicles and unfortunately ended up colliding head-on with the truck.

Six persons in the Sprinter bus, DGN Online gathered, died on the spot.

The 12 injured passengers were rushed to the Kyebi Government hospital and Osiem, Hawa Memorial hospital for treatment.