AMA Urge Persons With Disabilities To Stay Off Streets 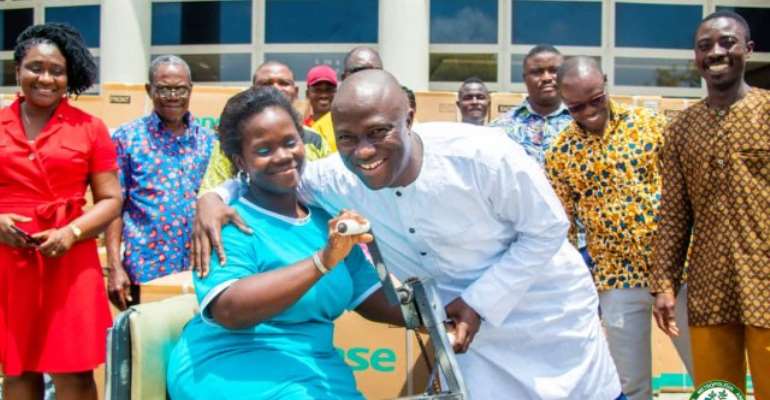 The Accra Metropolitan Assembly (AMA) has distributed working tools and capital to 130 Persons with Disabilities (PWDs) within the metropolis to empower them economically with the call to stop begging arms on the streets.

Mohammed Adjei Sowah, the Accra Mayor, who presented the items at a brief ceremony in Accra last Friday said the donation is in line with the President’s vision not to let anyone behind. 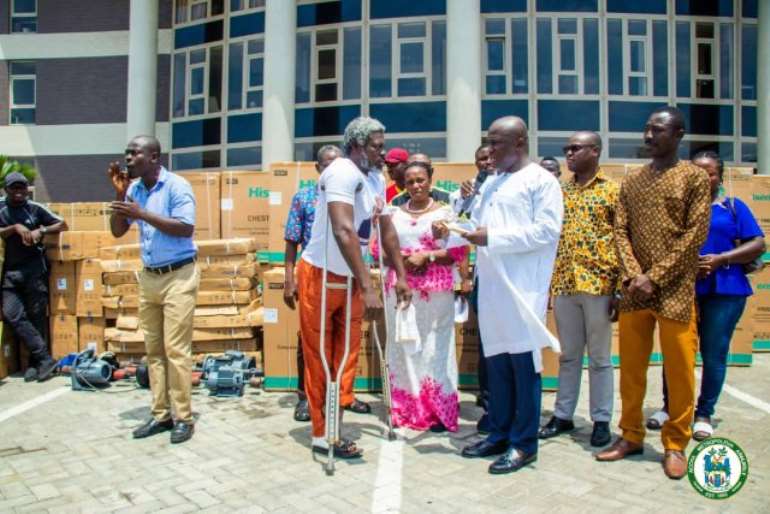 “It is the aim of President Nana Akufo-Addo not to leave no one behind as he strives to improve the lot of Ghanaians. Hence the increase of the district assembly common fund from 2 to 3 per cent is in order to reach out to more PWDs and empower them,” he said. 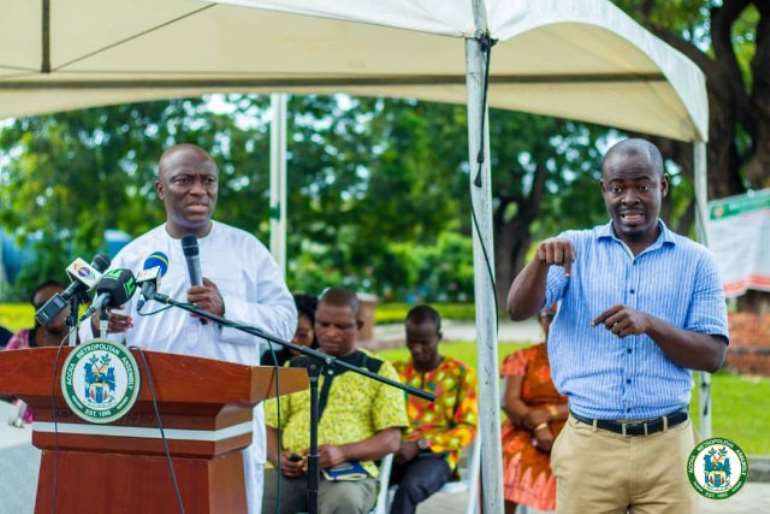 The items which are the first batch to be presented for the year included: 65 chest freezers, 3 laptops, 10 refrigerators, nine shoe grinding machines, 25 bags of charcoal as well as 12 industrial sewing machines. 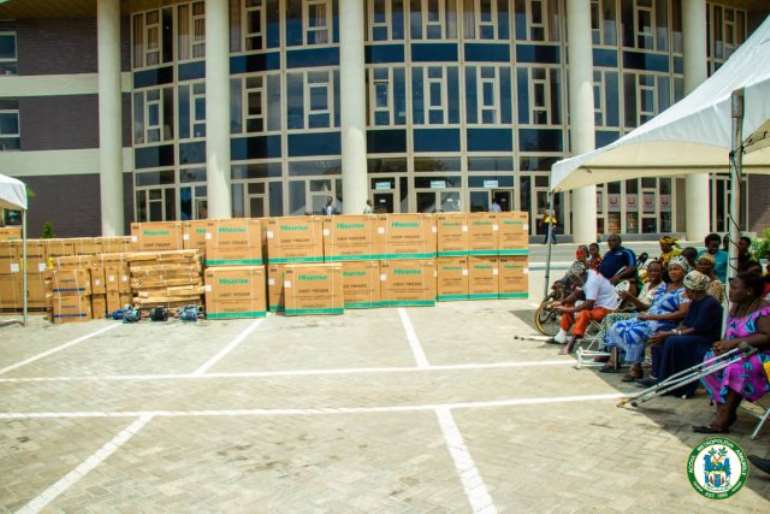 An amount of GH¢2000 start-up capital for mobile money vending and agribusiness was also donated to the beneficiaries. 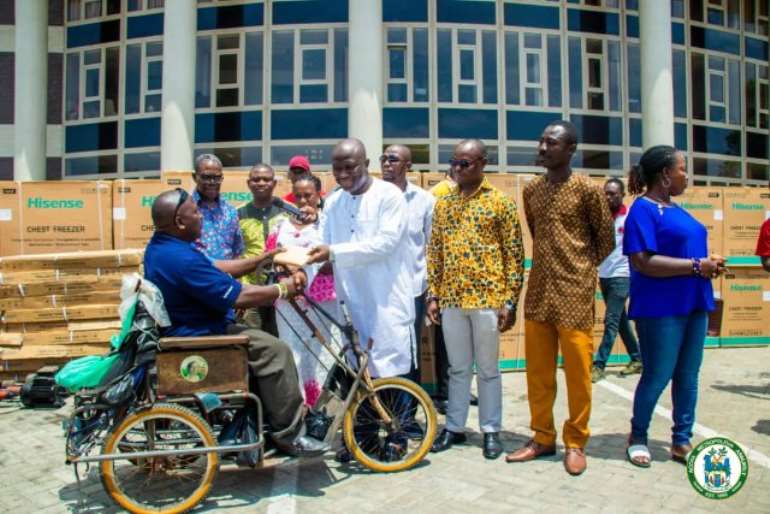 “Government hopes to support all PWDs and build their capacities, to become economically independent and productive in society and urged them to stay off the streets begging for arms. 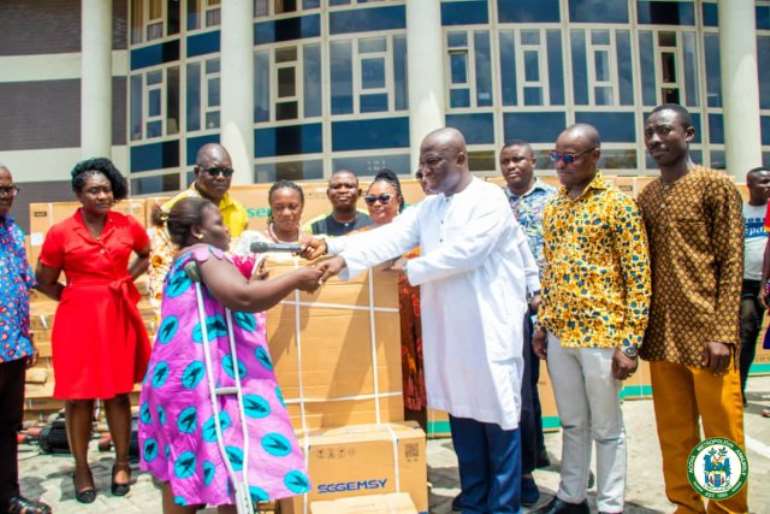 He assured that a team from the Assembly would continue monitoring beneficiaries who received items to ensure that the items were put to good use.

Mr Sowah disclosed that the AMA had begun collecting data all PWDs within its jurisdiction calling on all who had not been registered to visit the nearest Sub Metro in order to be captured. 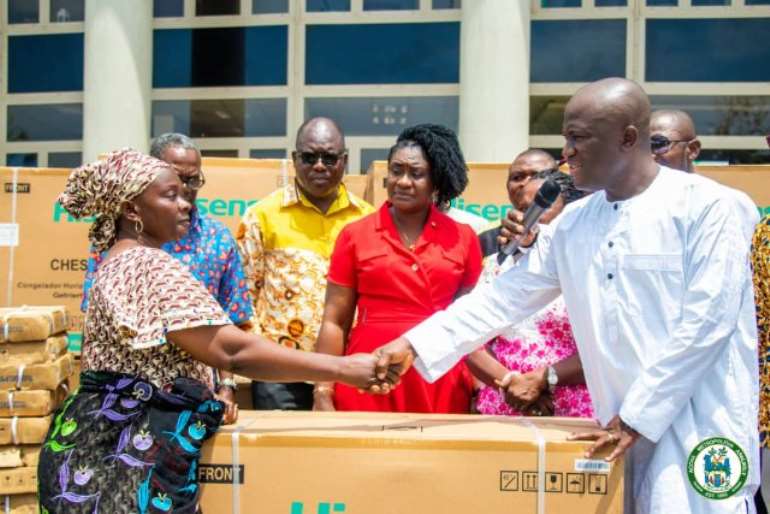 The National Health Insurance Scheme (NHIS) were also present to register people who had not registered for the insurance.