Journalism In Ghana: And Good Evening To Your Listeners 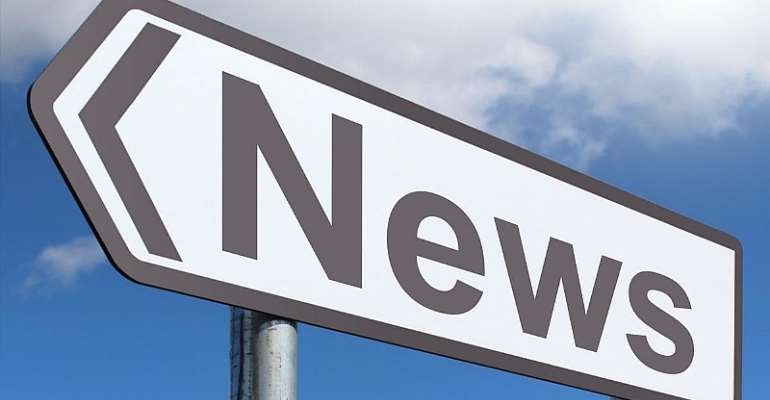 This has become a popular phrase on radio in particular and in the broadcast media in general. Formally strictly confined to the politicians, the phrase, and good morning/afternoon/evening to your listeners has caught on well with other public officials including academics and the clergy.

The practice where guests/interviewees greet their hosts/interviewers and then move on to greet the listener can be akin to tautology in English linguistics.

But why should we care? After all, it's polite to greet one's audience, isn't it? The problem is not the symbolic gesture offered by the greeting per se but the act connotes a certain lack of understanding of the broadcast media. It gives the impression that people are unaware of the work of the journalist and this may have some ramifications.

Yes, journalists are representatives of the people. On the radio, the journalist is sitting in for the public. The questions he asks, his demeanour, actions and inactions during the interview should reflect those of the public.

Journalists can know what's on the minds of members of the public by constantly interacting with them through interviews, vox-pops and other forms of feedbacks (text messages, phone calls, etc). An interviewer who answers the journalist is answering the public.

If a politician or any public office holder refuses to answer the question(s) of a journalist he is denying the public the much-needed information. In the same vein if an interviewee greets the journalist he/she is deemed to have greeted the public which makes any other attempt to greet the listener a repetition – a redundancy.

People engage in this practice because they, most often than not, see the journalist separated from the audience. Some see the interview granted as a favour to the journalist. Any answer they give is to the journalist’s good. This thinking is what sometimes leads to a refusal to answer the journalist or in some cases be extremely rude to him/her when very germane questions are asked.

Just as Jesusonce intimated thatthose who did not do for their neighbours also did not do for the father, it must be stated that a politician or public servant who refuses to answer or is rude to the journalist has done the same to the public.

Similarly,journalists who enter an interview with “personal scores to settle”, a skewed agenda or the “I know it all” attitude give bad accounts of the profession and abuse the power entrusted in them by the public.After several decades of broadcasting work,veteran broadcaster Larry King still put the public first in his work. He will announce on his facebook and twitter pages whom he is interviewing and on what topic. He will then invite questions from the public for his new show Larry King Now.

So how should a journalist handle a rude interviewer and vice versa? Just ignore him/her and ask or answer your question(s). He/she will be dealt with by the public. We have seen a semblance of this through feedback from the public.

But when and how did this practice start are questions I've been asking.I first heard this somewhere in 2008, probably earlier, from a politician. I thought it was a move by the politician to be nice to the people; you know, show them that “Mr. Politician cares”. But then, how much do you cherish the listener when you hung up on them, or refuse to show up when you have assured the producer you will be in the studios?

But the real danger may arise when the excesses begin to set in – when after greeting the listeners,Honourable/Director/PRO decides to say hi to a few loved ones; or take the opportunity to congratulate a friend who got promoted recently. How about giving a couple of shout outs to some friends and loved ones (or have they started doing that already?). It wouldn't hurt to maintain the standard, would it?

Kwaku Botwe is a Ph.D. student in Strategic Communication and a Research/Teaching Assistant at the University of Colorado Boulder. His research interests are health communication and media ethics.

More Article
Modern Ghana Links
Managing HIV and diabetes together: South African patients tell their stories
How theatre can help young Nigerians who are living with HIV
Daytime sightings of elusive aardvarks hint at troubled times in the Kalahari
Extreme heat is a threat to lives in Africa, but it's not being monitored
Ngozi Okonjo-Iweala: how global and local experience would play out in WTO top job
Jean Mensa Forgot; She Could Have Aborted The 2 Kids. She Might Have Had With Government!
Once Sacked Twice Learnt; Amidu – Cynthia Reunion Ends With Her As Interim Special Prosecutor
Chemical Science And Chemical Technology Can Play A Major Role In Developing A New India — Says Padma Vibhushan Prof M M Sharma
The Kenyan film director taking on the world -- with positive stories of black life
Dossiers Quotes Coronavirus
TOP STORIES