$1.5bn Revenue Collected By PDS Must Be Investigated — Alex Mould 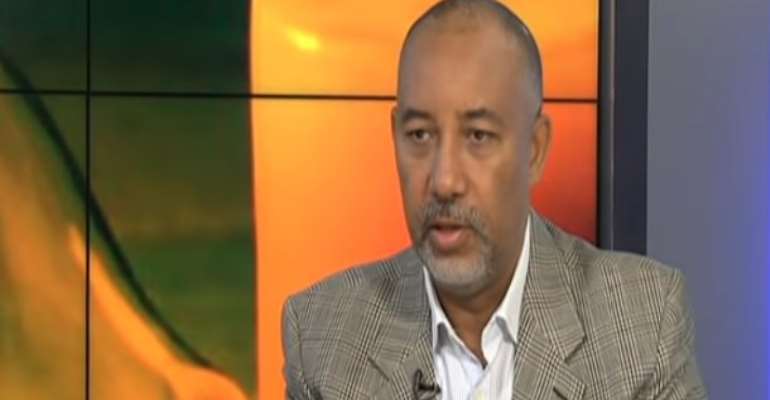 Energy and finance expert, Alex Mould is asking Akufo-Addo government not to sleep after it determined the PDS deal but take steps to probe the almost $1.5bn revenue collected by PDS starting from when it took over from ECG.

Reacting to government's termination of PDS agreement on his Facebook wall, Mr Mould suggested a "full audit, and perhaps even forensic, by a company agreed to by a bi-partisan Parliament to investigate this"

The former Chief Executive of Ghana National Petroleum Corporation (GNPC) also urged government not to rush into getting another cooked "New-PDS" in the next tender.

I hope everyone had a good weekend.

The termination of the PDS agreement seems to be the trending topic this weekend. In fact, the Finance Minister's cancellation letter seems like a summary of what some of us have been writing- glad to know they actually read what we write. And I’m glad that what some of us citizens have been writing to share the facts by breaking down all this financial gibberish into simple plain English for the discerning citizenry, has reached government’s ears!

My question is, If government knew all this all along why on earth did they take us through this RIGAMAROLE?

I’ve been amazed at how, since this “FRAUD” erupted, they’ve spewed to us such cockamamie from their government propaganda apparatus, including some ill-informed Think Tanks!!!

Now let's deal with the actual content of the letter; how can government agree with a report that the following are not liable for a dud guarantee that is being used to end this Power Service Provider (PSP) Agreement in the MCC Power Compact???:

* Arranger of the Insurance- CAL Bank

I suggest a full audit, and perhaps even forensic, by a company agreed to by a bi-partisan Parliament to investigate this, as well as the almost $1.5bn that has been collected since PDS’s inception as a PSP and concessionaire of ECG.

I also believe that we should not rush into getting another cooked “New-PDS” in the next tender and set very high pre-qualification criteria, especially of the local partners to avoid the embarrassment we saw in the recently cancelled PDS scam.

All along, the powers that be (and by now we all know them i.e the same puppet masters used by this corrupt government presided over by our President Nana Akufo Addo himself) have been scheming to get one of the other 3 MiDA pre-qualified utility companies- Tata, EDF, and BXC - to play ball with them; and more importantly change their Local Partners (LP), who were prequalified, to a new LP controlled by they the puppet masters.

There are some interesting facts regarding these three pre-qualified utility companies.

I'm hearing however that they were eliminated from the tender process mainly because of irregularities of their operations and shoddy work which has cost ECG over $100M with only $10M investments by BXC.

However, there is also the school of thought that the US did not want any Chinese company associated with the MCC Compact, a program funded by the USA government.

So, the “puppet masters” used all this rigmarole to eliminate PDS so that they can now bring in their own concessionaire (yet to be named after a smoke screen fast track tender to take place by Dec2019) all in a bid to secure the entire 51% local content for themselves in a clean deal. With PDS gone, they no longer have to share the 51% and they, therefore, control our entire electricity distribution revenue of $2bn for 20 years.

It would be interesting to see which of the three players - Tata, EDF and BXC - they eventually go to bed with. That is which player has the lowest scruples to allow a change in their local partner all in the aim of raping this country by stealing of state resources.

I am deducing that since NADAA’s visit to France they are favouring EDF (the French utility player) but don’t leave out the Indians and Chinese who apparently are dangling $$$ incentives to win this concessionaire.

As my mother always told me “when you lie down with dogs, you wake up with fleas.”

In my opinion, the real cause as to why this PDS deal fell through was the inability to agree a sharing agreement with the Ayensu/Agyapong(Zoomlion) led consortium.

This thus forced the Finance Minister to write to the MCC cancelling PDS as the concessionaire of ECG, and requesting a second chance to fix this.

Furthermore, the only reason the cancellation of PDS has taken this long is because of the intricacies in hiding the true beneficial owners of the new LP of the new concessionaire to be.