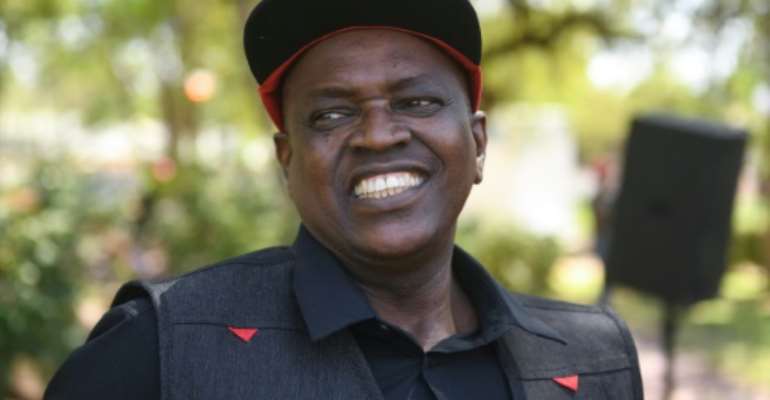 Botswana President Mokgweetsi Masisi said Sunday that the defection of his predecessor and former mentor Ian Khama would boost the ruling party's performance in the upcoming general election.

The dramatic falling out between the former president Khama and his former deputy and hand-picked successor Masisi has shaken the Botswana Democratic Party (BDP) ahead of Wednesday's vote.

The BDP, which has ruled the diamond-rich southern African country since independence in 1966, may face its toughest election yet due to dwindling support and political fragmentation.

Last year, Khama reached the end of his two five-year terms -- the constitutional limit -- and passed the BDP leadership and the presidency to Masisi.

But Khama, furious with his former vice president, left the party in May accusing Masisi of a slide into autocracy.

In an interview with AFP, Masisi left the door open to Khama returning to the party, even as he said the ex-president's unpopular policies had driven away support.

"That's why we got 47 percent" in "very tough" elections in 2014, the president said in the gardens of his official residence, the State House, in the capital Gaborone.

The 2014 polls were the first time the BDP won less than 50 percent of the vote.

Masisi said that since he became president, "we have had to reconfigure ourselves, re-identify ourselves".

That included undoing several of Khama's key policies, including relaxing the stringent alcohol trading hours he had introduced and lifting his ban on elephant trophy hunting.

He also lamented the intrusion into people's privacy by the "horrible" intelligence services. In January Masisi fired the country's intelligence chief, a close Khama ally.

And he said under Khama the government had "the most frictious and contentious disagreement with the civil servants and unions".

'We are very fond of one another'

Khama was himself accused of becoming increasingly autocratic before handing over to Masisi under the BDP's carefully crafted system for transferring power. In Botswana the ruling parliamentary party elects the president.

Since leaving the party, Khama has thrown his support behind the opposition, declaring the BDP "dead". It is a startling announcement considering the party was co-founded by his father Seretse Khama, the country's first president.

"For us, the value of what remains is far greater and more important than the loss that we encountered," said Masisi.

"Not to suggest we didn't value his membership... but it was a smaller risk that we were willing to take and we are still convinced that we are on the right path."

Masisi said the door was still open for Khama, his former mentor, to rejoin the party. By MONIRUL BHUIYAN (AFP)

But the president said he hoped Khama rejoins the party, describing their relationship as similar to that of brothers.

"Actually we are very fond of one another, as with siblings you call your siblings all sorts of names when you are upset with them -- he is older than me and in our culture I can't call him names," Masisi said.

"I have lots of respect for him," he added.

"So I'm trying to bring him back... as people get older sometimes they get wayward, so hopefully we will steer him back to where he belongs."

The president also dismissed the opposition's claims it would win the election.

"They don't have a chance because they are the most disingenuous party... they are bad fellows."

High Court shoot down Agordzo's application to travel
18 minutes ago

ASEPA to file RTI request for minutes of Justice Dotse-AG 'S...
18 minutes ago