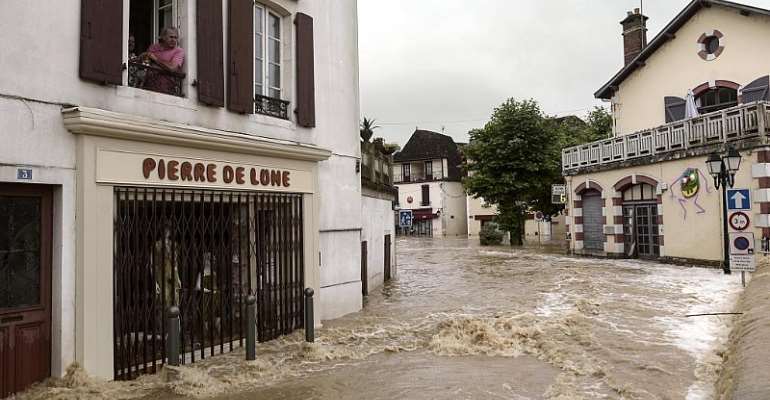 National weather forecaster Météo France has placed four departments on orange alert for rain and flooding, with some areas experiencing a month's worth of rain in just 24 hours.

A weather warning was issued for the department of Ardeche in the Auvergne-Rhône-Alpes on Saturday, but was replaced by flood alert after the equivalent of a month's rain fell in one day in some of the worst-hit areas.

More torrential rain was expected, particularly in Cevennes renowned for its mountain forests, with forecasters predicting up to 250 mm of rainfall.

Other departments such as Loire, Haute-Loire and Rhône in southeastern France were also set for heavy downpours and blustery winds.

The bad weather is linked to a storm in the central east of the country, which has brought with it heavy rain and strong winds.

Forecasters predict that the storm should blow over by Monday 21 October at midnight.

A few trees were uprooted by the blustery winds in the village of Albon-d'Ardèche, but there were no immediate reports of damage or casualties.

Police in Ardèche are asking the public to take precaution when travelling. Eight officers specialised in dealing with flooding from storm surges and tornadoes have been mobilised to reduce the risk of accidents.

Southern France has been hit by flooding before. Last year, at least 10 people died after flash flooding hit the Aude region.