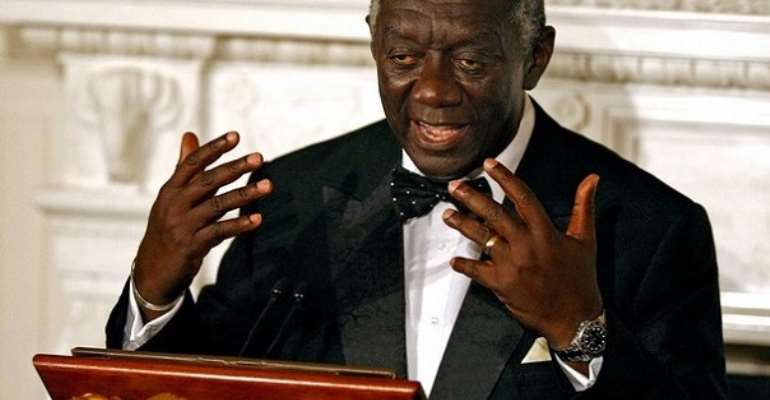 His comment comes in the wake of the fierce resistance that greeted the CSE document with many  calling for a complete withdrawal of the programme from the Ghana Education Service (GES) curriculum for basic schools.

Speaking to students and staff of ANJEF International School at his residence, the former President stated that with the improvement of educational standards, CSE will not impact negatively on school-going children as being asserted by some Ghanaians.

He said the teaching of the subject would rather make children aware of who they are.

“The whole idea is to make people aware that they have to allow nature to make them mature. That is what CSE is about. It is not about you going to experiment yourself or with anybody else. It is just to caution you. Don't rush to get to where you haven't gotten to by nature,” he stated.

The government and United Nations Education, Scientific, and Cultural Organisation (UNESCO) launched the Comprehensive Sexuality Education programme in February 2019 but concerns have been raised about the potential for pupils to be given awareness of sexuality and LGBTQ issues at too early a stage.

Groups such as the Minority in Parliament, civil society organizations and religious bodies have called on government to withdraw the CSE from the new syllabus.

However, President Nana Addo Dankwa Akufo-Addo has reiterated that he will not destroy the values and culture of Ghanaians through the introduction of the Comprehensive Sexuality Education into Ghana's Educational System.

He stated that he understands the values of the Ghanaian society and would not attempt to destroy it for anything.