The Fundamental Challenges Of The Ghanaian Economy 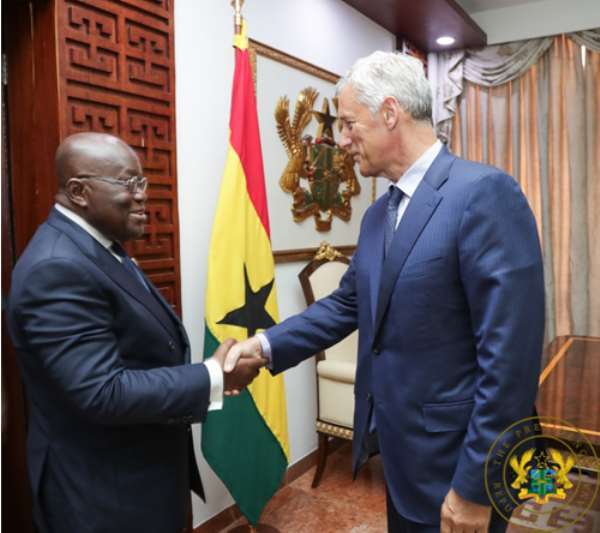 It is dangerous to have a broken economy, especially as a result of our own attitude as a people. We are beginning this article with a disclaimer;

We are not technocrats, we are not economists and we are not pretending to be one. We are only teachers who have assembled some fundamental solutions which we think can help give our economy a raise.

For a start, we think our natural resources are exploited wrongly. By extension, the Ghanaian natural resources are not exploited to serve the interest of the Ghanaian people. We don't need an economist to tell us that, this phenomenon exists as a bad product of the unreasonable Foreign Exchange Retention Agreements that our leaders sign with foreign mining companies. How could we as a country, sign any form of agreement that leaves us with only five (5) percent and in some cases, less than that?

Any country that does this has something fundamentally wrong. The question then is, what is the way forward? We think the Ghanaian people, in whose soils the natural resources are taken, should enjoy the chunk part of the percentage. This point is non-negotiable and there is absolutely nothing or whatsoever that can justify our current agreements with foreign companies.

We know this is possible because it has happened before. This topic got us researching and our finding is that a former President, General Kutu Acheampong made sure that the Ghanaian people kept about fifty-five (55) percent of whatever was taken from the Ghanaian soils.

Unfortunately, a lot of people used to tease Acheampong because he was a product of Swedru Business School, therefore, they thought he was not properly educated. Yet he did remarkably well at the time. Acheampong's regime saw one of the best Foreign Exchange Retention Agreements and it was a major boost to the economy at the time. Our contemporary leaders should emulate this strong stance in order that the Ghanaian people will be the major beneficiaries of the natural resources in our souls.

As laymen, we also believe that another challenge which is very fundamental is that, as a country, we award contacts (both public and private) to only foreign companies, who then carry the proceeds away to their countries, to the disadvantage of the Ghanaian contractors. Again, our finding unravels that, as a country, we used to have Ghanaian Contracting firms sometimes ago. For instance, we used to have; the Gbewa Civil Engineering Company, Swedru Contractors, State Contracting Company among others. History shows that these above-mentioned Ghanaian companies undertook most of the big projects we have in Ghana.

Interestingly, some of those projects are still being used as we speak. The important question is, what happened to those Ghanaian companies which were doing marvelous work in the past? Are they dead? If yes, then how? It is our own political attitude that has killed these wonderful companies. At a point in our history, we went for a Euro-bond and the only justification was that we were going to pay and resource our contractors to work effectively and efficiently. In fact, our leaders made a tall list of our local contractors.

Surprisingly, when the Euro-bond money hit our account as a country, we didn't hear the name of any local contractor. Not a single local contractor was paid or resourced in order to carry out their mandates. Unfortunately, our leaders were interested in Israeli contractors, German contractors, Chinese contractors, Indian contractors among others. The effect was that, the money that we borrowed went back to the companies of the European Metropolis at the expense of the Ghanaian tax payers, including the local contractors.

If we had paid our local contractors, we think the money would have remained in Ghana for employment, business and other economic ventures to help the growth of the Ghanaian Economy. We believe our own bad political attitude accounts for this unfortunate phenomenon. Former President Kuffour's brother was a contractor and was awarded a contract. Unfortunately, former President Kuffour was vilified, but the same people would be happy if the contract were awarded to a foreign company, which unfortunately serves no economic purpose for the average Ghanaian. Again, Ibrahim Mahama is a world-recognized Contractor.

He is as qualified as most of the foreign contractors. He was awarded a contract as a citizen of this country to carry out a national assignment, but unfortunately, his innocent brother, former President John Dramani Mahama took the brunt. In fact, he was vilified, vituperated, chastized. A contrived and orchestrated story was published to subject the President to ridicule.

Even though we are not industrialists, but we believe another challenge, fundamentally, as a country, is that we don't add value to our raw materials such as cocoa. Since we were young, we have been exporting our cocoa beans and we are still exporting them today without additional value onto them. The economic effect is that the foreign companies will process our raw beans sold to them into finished products such as Milo, chocolate cubes, chocolate chips, chocolate milk, chocolate cream, chocolate flavors, chocolim among others, and sell them back to us at exorbitant prices. Our first President, Osagyefo Dr Kwame Nkrumah put in place industries that can do all these things.

The only problem is funding. If we fund our local industries, they can process our raw cocoa beans into finished products to create employment and to ensure liquidity and in turn boost our economy. For example, in the past Cocoa Research Institute-Ghana (CRIG) in Akyem Tafo in the Eastern Region was doing marvelously well with our cocoa beans. They used to produce; brandy, gins, soap (Alata Samina, Azuma blows, Perfume soaps), cocoa cream, perfumes, pomade, parazone, herbicides and insecticides among others. If our governments pay special attention to some of these industries and institutes and give them the necessary and needed funding and support, we think there will be enough for job creation and other economic-related activities which collectively will boost the Ghanaian economy.

Thanks to our former President, John Dramani Mahama who revived the Komenda sugar factory, the Ayensu Starch factory, the Kumasi shoe factory among others. John Mahama, we say a big AYEKOO, but like Oliver Twist, we are asking for more from our current President, HE Nana Akuffo Addo.

In conclusion, we don't profess to know better than the managers of our economy, but we are hopeful that if our leaders take these points into consideration, maybe we will see some level of a raise in our economic standard and the average Ghanaian will be alleviated from hardship.