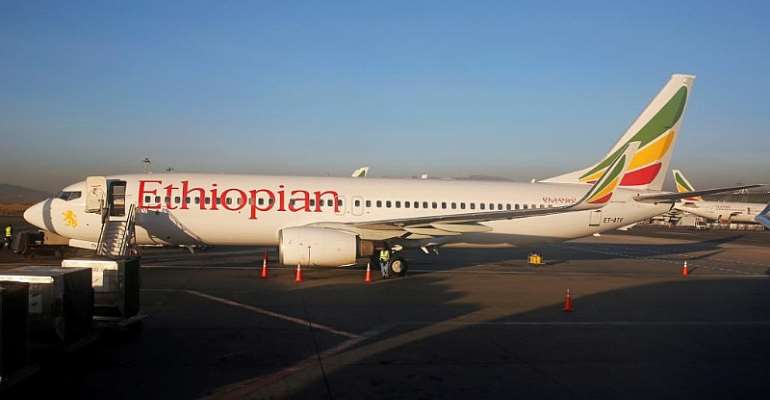 Ten French victims who were killed in a Boeing 737 Max crash in Ethiopia in March, have been honoured during a special ceremony at Paris Orly airport, as controversy grows over why an aircraft with a flawed design was allowed to fly.

A commemoration was held Saturday morning at around 11am local time at Paris Orly airport, and attended by the victims' relatives, and state minister for Europe and Foreign Affairs Jean-Baptiste Lemoyne.

It comes seven months after the Ethiopia airlines crash, which killed all 157 passengers on board, and is expected to provide closure to the grieving families.

"What's important for the families right now is being able to mourn," explains Sofia Seco, head of the National Federation of Victims of Terrorist Attacks and Mass-Casualty Accidents (FENVAC).

"They've been waiting for seven months to recover the remains of their loved ones, now that the bodies have been returned, the families can start to process the tragedy and accept it," she told RFI.

While the repatriation of the victims' bodies provides some comfort, their families still want justice.

No more lives at risk
"When you're obliged to say goodbye to someone, you ask yourself why. And in this case, the why leads you back to the US operator," continues Seco.

The crash in March followed another 737 Max in Indonesia, with both accidents killing a total of 346 people.

Following the March crash in Ethiopia, the US airplane maker grounded every Boeing 737 MAX around the world, a move that was welcomed by the victims' families.

"It's not a victory, but it's a sign that they've recognized the problem, are trying to fix it, but in the meantime they're not putting any more lives at risk," said Seco.

A large number of passengers on board Ethiopia airlines were affiliated with the UN or had been on their way to an environment conference in Nairobi.

Getting to the truth
"The French families are now doing the legal work themselves to get to the truth, because they want to understand what happened and make sure that those responsible are punished," added Seco.

Lawyers representing families of the passengers killed in the crash are seeking documents about 737 Max software known as MCAS widely linked to the accident.

New reports have emerged showing that the now-grounded 737 jet was "egregious" from the start.

A former senior Boeing test pilot told AFP news agency that he had expressed misgivings about the jet's flight system to the Federal Aviation Administration (FAA) as early as 2016.

The FAA said Boeing didn't bring the matter to their attention as soon as it was discovered.

The plane-maker has said it was sorry for the lives lost in both of its crashes but stopped short of admitting liability.

Be strong — Isaac Adongo consoles Bawumia with a cow for mot...
1 hour ago