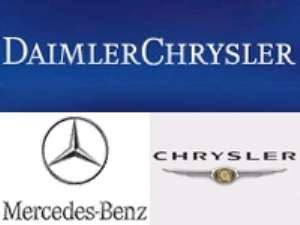 .... Germany to investigate allegations .. probe ongoing in the United States Berlin -- A DaimlerChrysler investigation of a whistle-blower's allegations that the company used slush funds to bribe foreign officials in Ghana and other countries has unearthed dubious deals on three continents. German prosecutors said yesterday that they have opened a corruption investigation into international automobile giant alongside an existing probe in the United States. The investigation concerned allegations of bribery of public officials in Ghana and Belgium and a commercial buyer in Poland. The company, which owns the Chrysler and Mercedes brands, has for months been investigated by Department of Justice authorities in the United States over allegations of bribery. DaimlerChrysler has agreed to provide information to U.S. prosecutors and has launched an internal campaign to root out improper business practices. The company yesterday released its annual business report for 2005 in which it admitted that employees had paid bribes in Asia, Africa and Eastern Europe. DaimlerChrysler, the world's fifth-largest car maker, said it fired or suspended several employees as a result. The U.S. Securities and Exchange Commission began investigating DaimlerChrysler in August, 2004, for possible violations of anti-bribery and other provisions of the U.S. Foreign Corrupt Practices Act. "These could be bribes or whatever you want to call them, improper commissions," said Han Tjan, a New York-based spokesman for the company. He added that DaimlerChrysler decided these payments do violate the U.S. law. DaimlerChrysler also took a €25-million ($30-million U.S.) charge for improperly reported taxes for expatriate employees and has set up new codes of conduct to try to ensure that the bribery stops. The U.S. enacted the law to prohibit foreign bribery in 1977 after an SEC investigation resulted in more than 400 U.S. companies admitting making questionable or illegal payments in excess of $300-million (U.S.). The company isn't disclosing the number of employees who were fired or suspended nor the amounts of the bribes or vehicles and specific countries involved, Mr. Tjan said. DaimlerChrysler has set up a hotline for employees to call if they have concerns about practices, he added. DaimlerChrysler on Jan. 17 said it was giving U.S. authorities information from an internal investigation for a probe over the sale of trucks to Iraq. Last October, a report on the United Nations oil-for-food scandal said DaimlerChrysler paid a kickback of 6,950 euros ($8,372) to Iraqi officials in return for a contract from the government of Saddam Hussein. The Justice Department and the S.E.C. are investigating this as well.