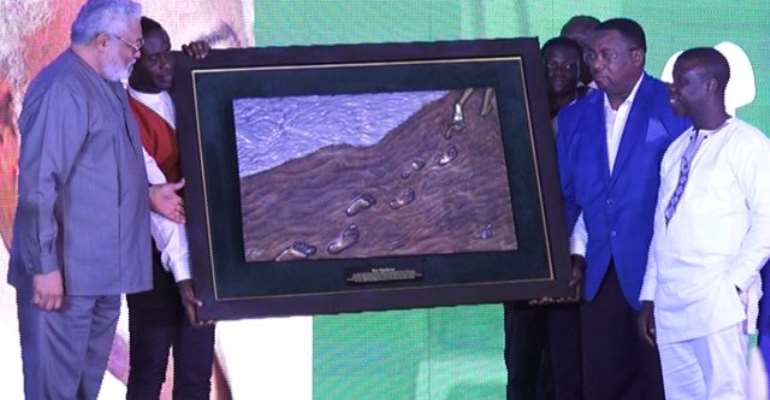 Former President Jerry John Rawlings has been honoured by unionized mine workers for spearheading massive reforms in the mining sector during his tenure.

The award scheme which coincided with the Ghana Mineworkers Union’s 75th Anniversary sought to recognise and honour distinguished statesmen who have played significant roles in shaping the mining sector.

According to the citation that accompanied the award, Mr Rawlings initiated and implemented aggressive policies to stimulate investment into the minerals economy in Ghana.

The former President after receiving the award singled out some former ministers who worked with him for praise.

On his part, Deputy Minister of Employment and Labour Relations, Bright Wireko-Brobbey highlighted the contribution of the mining sector to the economy.

He also hinted plans to consider fixed-term employment for mine workers.

Secretary General of the Trades Union Congress TUC Dr Yaw Baah, asked government to protect the sector to ensure it continues to contribute to the development of the country.