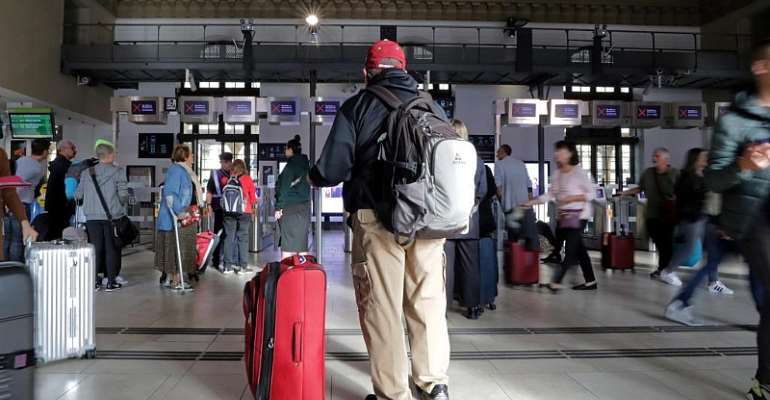 "We are at the start of school holidays, and on a day like this, three million French people are meant to take the train," the prime minister told reporters Saturday.

"However, many of them have not been able to," he said, during a surprise visit to the Gare de l'Est station in Paris.

Nine out of ten high-speed TGV trains and one in two regional trains were running on Saturday, with SNCF warning similar stoppages to the day before, which marred the start of school holidays.

Philippe called the walkout a “hijacking” of the law, and has instructed the SNCF train authority to examine legal means to get workers back behind the wheel.

Thousands of passengers were left in the lurch on Friday when workers from the national rail company walked out over safety concerns.

Unions said strikers were exercising their “right to opt out” following a collision Wednesday in eastern France between a regional train and a truck left 11 injured. The incident has laid bare SNCF's staffing shortages.

According to unions, the train driver, who had 70 people on board, had to manage the situation on his own, despite the fact that he was injured in the accident.

Opt out or cop out?
"The right to opt out, is rail workers way of saying: Hang on, something very serious is going on," Philippe Martinez, head of the hardline CGT union, told AFP.

Some commuters took to Twitter to express their support for the railway workers, who "put their safety and that of passengers first before profit"; but others have called the strike irresponsible, particularly during one of France's busiest travel periods of the year.

"This is totally unacceptable. This is an unplanned strike which does not respect the law on how public strikes are done," Guillaume Pepy, President of SNCF, told AFP.

Against the law
"First of all, there needs to be talks, and then each person must put in writing their intention to strike. This law was not respected," he said and added, "there is no serious danger on any of our SNCF trains."

Nonetheless, there was further disruption in store for passengers of SNCF's Ouigo budget trains, after all their trains were cancelled on Saturday.

The rail company has vowed to get them running again "as quickly as possible." In the meantime, train travelers will be reimbursed by 23 Wednesday October.

Elsewhere, Intercity and some regional lines are also "very disrupted", SNCF is warning.