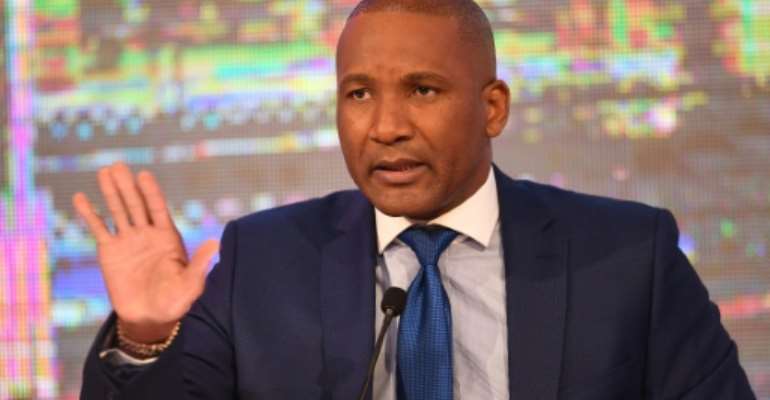 Duma Boko, leader of the opposition Umbrella for Democratic Change (UDC), could be the country's next president if his party wins next week's parliamentary election. By Monirul Bhuiyan (AFP)

Botswana's main opposition candidate on Saturday said his party would win more than 50% in next week's parliamentary elections, as the ruling party struggled with the fallout from a damaging split.

Duma Boko, leader of the Umbrella for Democratic Change (UDC), told AFP he expected his coalition to secure at least 51% of the vote.

"I think we will win this election and we should," said Boko.

"We believe we will get a minimum of 33 constituencies," he added. The parliament in Botswana has 65 seats.

The 49-year-old Harvard law graduate, was speaking to AFP in Botswana's capital Gaborone, sporting a white-and-blue tailored suit -- the colours of the coalition.

If his prediction is right, he could be the country's next president, as the party that wins the most parliamentary seats decides who gets that post.

Hailed as a beacon of democracy in Africa, Botswana is gearing up for a hotly contested poll that could see the ruling Botswana Democratic Party (BDP) lose seats in parliament.

BDP suffered a drop in popularity during the last election in 2014, when it secured 47% of votes. 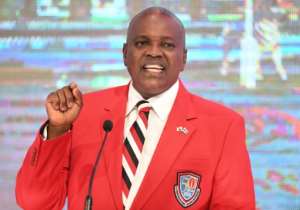 President Mokgoweetsi E.K Masisi has had to contend with a damaging split with former ally Ian Khama. By Monirul Bhuiyan (AFP)

It was the first time the party, which has governed Botswana interrupted since 1966, dropped below the 50% mark.

That year, Botswana's two main opposition parties -- which had united under the UDC banner -- won 30% of votes.

And since those elections, the ruling BDP been hit by divisions at the top.

Botswana's current president Mokgweetsi Masisi was appointed by Ian Khama -- the BDP's former leader and son of its founding father -- when his term ended last year.

But Khama walked out of the BDP in May this year, accusing Masisi of autocracy.

He went on to back a small splinter party of BDP dissenters, and is even urging voters in some constituencies to back the UDC.

"(The BDP) is a pale shadow of what it once was," said Boko. The "fragmented" ruling party offered "no hope to the people of Botswana", he added.

Boko said he held no hard feelings against his rival Masisi.

"We appreciate and love him," said Boko. "But we will criticise him fiercely when we feel that he's veered off course."

Election coverage however had been unfair, as the state media had overwhelmingly focused on the ruling party, he argued.

"Anybody who says these elections can even be remotely fair doesn't know what fairness looks like," said Boko.

Just under a million voters are expected to cast their vote on October 23.