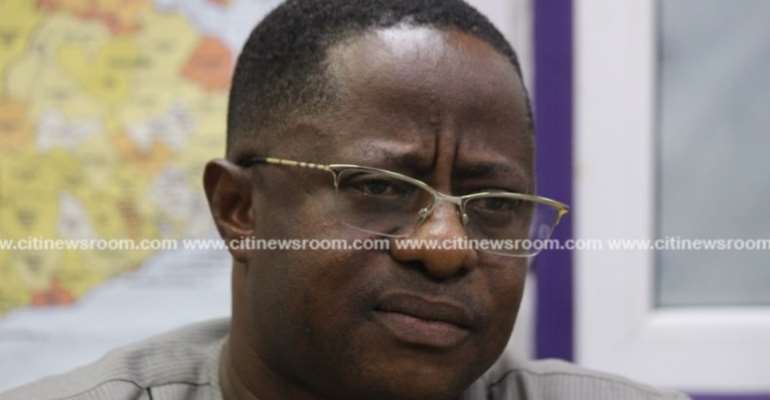 The Minister of Energy, Peter Amewu has dismissed claims that the government has handed over thirty percent shares in the power distribution industry to a new company called Meridian Power Ventures Limited in Hong Kong.

The opposition National Democratic Congress (NDC) had accused the government of ceding the shares to the new owners without approval from Parliament and the knowledge of Ghanaians.

Addressing the press earlier in the week, the General Secretary of the NDC, Johnson Aseidu Nketiah said the party unearthed this new deal between the government and the company from Hong Kong after sighting a letter written by Meridian Power Ventures to the Chairperson of the Millennium Development Authority( MiDA), Professor Yaa Ntiamoah Baidoo for a special board meeting.

“Since the negotiation for the turnover of the ECG assets and facilities, after the PDS consortium declared the preferred bidder in the ECG concession, there have been several issues that have arisen in connection with the management and governance of the ECG concession, as well as Board of PDS which unfortunately have not been fully addressed, including the prolonged suspension of the license of PDS and the ECG concession and the issues on the demand guarantee.”

“Any further delay on this issue will be prejudicial to the best interest of all stakeholders, especially the electricity consumers of Ghana. We will like to give the assurance that we will act with dispatch to immediately resolve and address these issues in the Special Board Meeting that we called for which we trust will enable the immediate restring of the PDS board and management towards a more effective governance structure and management. We are calling on the government to come out because there are very serious constitutional issues that have been raised on this matter,” Mr. Nketia said.

However speaking on Eyewitness News, Mr. Amewu rubbished this claim, clarifying that the company in question was not new as suggested.

“I don’t know what the Minority stated. It is quite surprising because I expected them to be on top of issues. This is a parliamentary memo that came to Parliament. The Deputy Minister then was part and they all discussed it. The company in question they are talking about is the STV of Meralco. It is not a new company which holds the thirty percent shares here so I was at a loss when they came out with the explanation that the government is trying to restructure the shareholding agreement.”

He further indicated that it will be impossible for the government to do a shareholding restructuring since it has no direct agreement with the shareholders involved in the agreement.