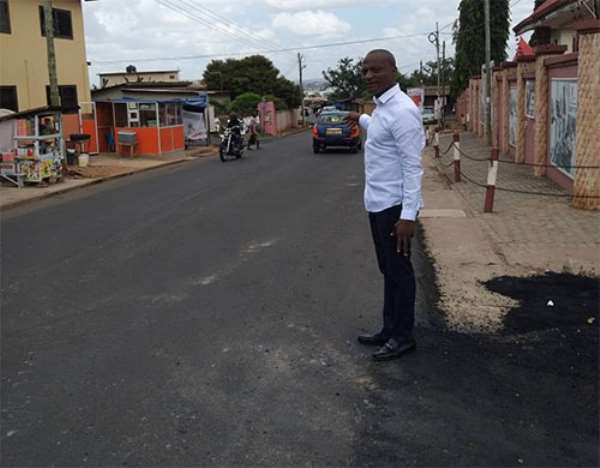 Vice President Mahamudu Bawumia assured the nation some time ago, that government would soon embark upon the rehabilitation of Accra roads. When he did those who are cynical about politicians ingested the promise with a pinch of salt.

His word is being implemented, as bad roads in the nation's capital are witnessing a major turnaround.

Of particular significance is the Ayawaso Central Constituency, which used to host some of the worst road networks in the nation's capital. The bad state of the roads is attributable to the periodic flooding of the constituency, Alajo being the most prominent; its poor drainage system not helping matters.

Although infrastructural development is not a primary role of legislators, the MP for the constituency, Henry Quartey took the singular initiative of lobbying hard for his electoral area to be given priority in the planned road rehabilitation of Accra roads.

Today, as we compose this commentary all the notorious roads in the Ayawaso Central Constituency have been asphalted. It would be good to have the comments of those who reprimanded the incumbent political administration for what in their opinion, was an abandonment of the rehabilitation of bad roads in the city.

Considering the cost of asphalting which is the new feature of the roads in the Ayawaso Central Constituency and others in the city, we would plead that as a matter of urgency, gutters whose integrity are questionable should be tackled lest the new roads suffer damage when the next rains are due.

For roads whose lifespan should be in the neighbourhood of three decades or so, allowing the existing poor drainage system to reduce the longevity of the new roads would be an unpardonable irresponsibility on the part of officials, whose persistence and commitment made the rehabilitation all happen in the first place.

Having spent so much on the rehabilitation of the roads maintaining them is the next task. We expect that the assemblymen or women in conjunction with the assemblies would play a major role in protecting these roads from the bad habits of persons who could not care a hoot about the health of the roads.

Some city roads have been turned into workshops, spent engine oils and other fluids from their daily chores degrading the streets.

Others simply dig when they experience pluming problems without permission from relevant agencies.

Appropriate speed ramps should be constructed by the contractors lest residents construct crude ones to keep irresponsible motorists and cyclists at bay.

Today the Agbogbloshie road is asphalted after many years of neglect under the past political order. Bravo, the Akufo-Addo administration, as Ghana works again.