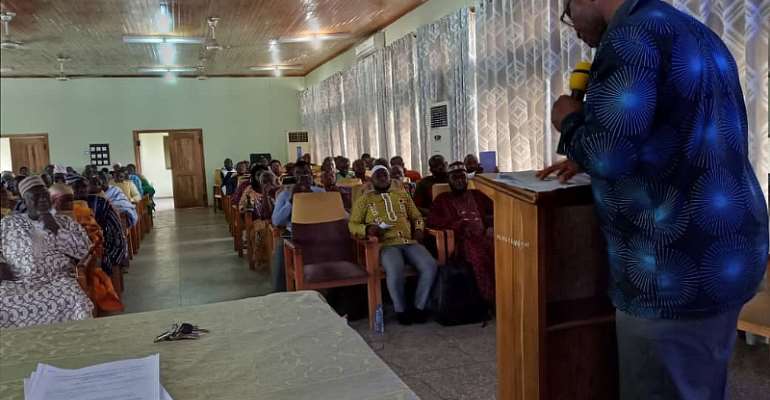 Civil Society organizations in rural and Community Water Services, the Coalition of Community Water Services (COCOWAS) has criticized the government for not rescinding its decision to bring all community pipe water systems under a centralized system arguing the move is bound to face challenges that will worsen the plight of the rural poor.

The origin of rural and small-town water supply in Ghana can be traced to the major water sector reforms of the early 1990s which devolved the facilitation and regulation of water supply systems in nonurban areas to the Community Water and Sanitation Agency, (CSWA)

Ownership, Management, control and supervision of these water systems were however decentralized to the assemblies and the community as the legal de facto owners.

The Coalition of Community Water Services (COCOWAS) fears even though these water systems are bedeviled with challenges, stripping the community off their oversight and management roles could collapse the system and deprive thousands of rural and small-town dwellers of potable water.

Speaking in Kumasi at a stakeholder engagement on Small Towns Water Supply Systems in Ghana, Executive Director of Coalition for Community Water Services john Nedjoh expressed concern that should these reforms see the light of day, the communities will be milked for commercial interests.

“In all the literature on the water sector, across the world, nobody will recommend utility management model for rural water systems and that is why we are challenging the CWSA to speak to the reforms and convince us. They will be more driven by commercial interests than poverty reduction which is needed to develop the communities.”

He warned, “If we are not careful, our rural communities will return to the pre-1980 era where we were drinking water from streams and open hand-dug wells and they should be candid with government and tell the nation they are taking us in the wrong direction.”

Vice president of Imani Africa Kofi Bentle insisted until the CSWA provides any contrary proof of competency; communities must resist any attempt to surrender their pipe water systems to the Community Water and Sanitation Agency Staff.

Meanwhile, the CSWA is already carrying out its plans as a hundred and fifty-five water systems have already been taken over with very poor records as compiled by the Coalition FOR Community Water Services.

Outlining these reviews; the Board chair of COCOWAS Hamza Zachariah cataloged cases of CWSA dismissing entire staff at the Community Water Systems; poor financial management and unmaintained machines and equipment.

He indicated that the global trend which shifts from community-based to professionally managed community water systems should not be misinterpreted to mean that community members and the assemblies do not have the capacity to manage their own water systems.

Some Chiefs who spoke to Ultimate News’ Ivan Heathcote – Fumador contended importing a new system to micromanage their water supply systems from afar will not be in their interest.

The Wiamoase Bankumhene (Nana Agyemang Pimowusu Sasraku Ampem recounted how his stool was approached on a request that the community hands over the Wiamoase water system; a proposal his outfit turned down for fear of the unknown.

It appears this will be a long haul of a tassel to control water resources in the rural areas and small towns as the Community Water and Sanitation Agency which is championing the takeover; it is contemplating getting cabinet approval for its new reforms.

The danger, however, is that if this is not managed properly, the United Nations Sustainable Development Goal 6.1 which demands universal access to affordable potable water will suffer grave setbacks. 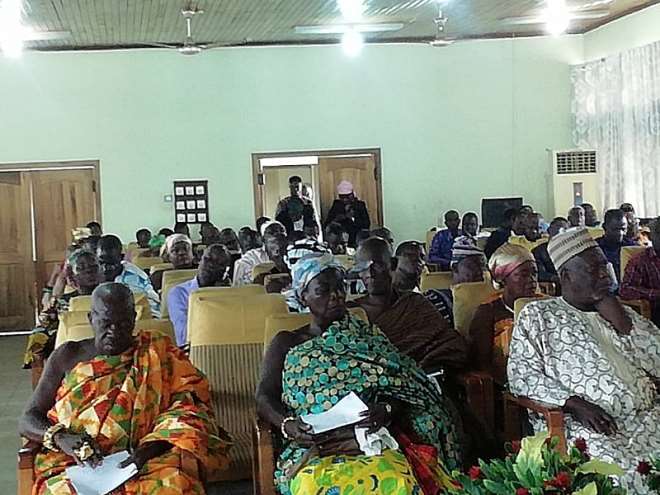 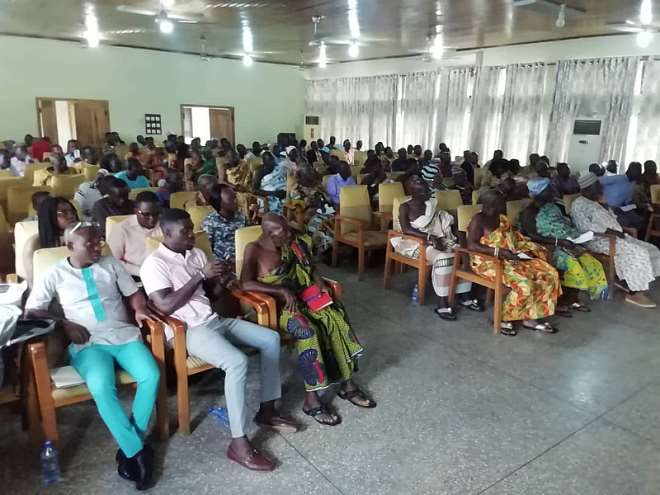 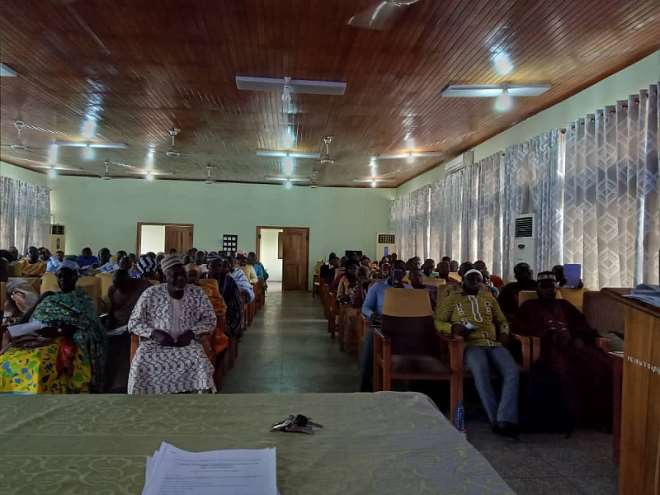