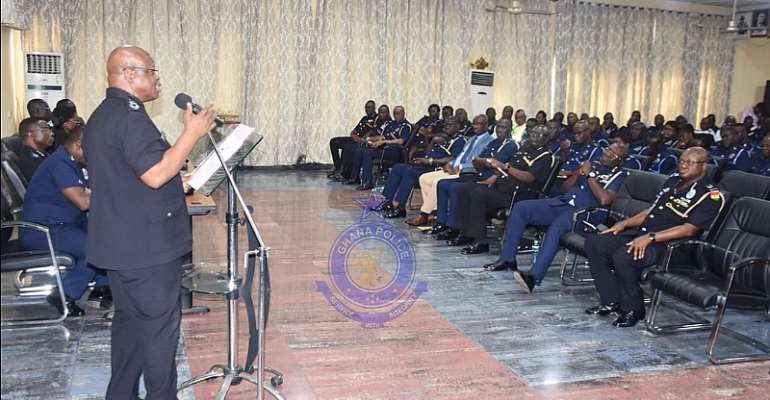 In a meeting with Commanders of Operational Units and Motor Transport and Traffic Units within the Accra and Tema Police Regions, members of the Police Management Board (POMAB) cautioned Commanders and Station Officers to pay attention to unprofessional conducts.

The POMAB members were unanimous in cautioning Commanders and Station Officers to desist from setting monetary target for duty men or junior officers who work under them.

One after the other, the POMAB members cautioned officers against unnecessary delay of road users, loose talk, political comments, intemperate language, non-procedural searches, payment for bail, maltreatment of subordinates and other such practices.

POMAB members did not mince words in stating that Seniors who fail to supervise work within their jurisdiction will be punished.

The meeting that brought together commanders of the Police Operational Unit and that of the MTTU within the Accra and Tema regions respectively was held at the Police Headquarters, in Accra on Wednesday.

We won't allow filibustering of anti-gay bill, it will be ma...
16 minutes ago