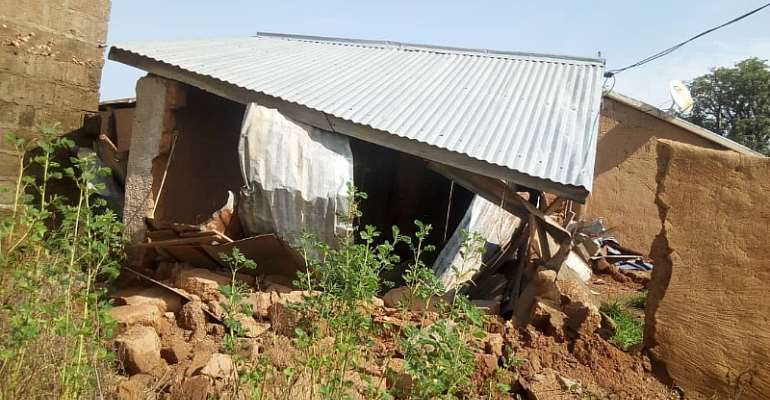 The team’s interaction with some officials of the National Disaster Management Organization (NADMO) at the various districts and communities visited revealed that the initial reported cases did not reflect the reality on the ground.

The Kassena-Nankana West for example, initially reportedly recorded 11 deaths but after proper assessment, the number of cases dropped to 2 because some deaths that occurred late 2018 and beginning of 2019 were added to cases recorded from October 1 to 12, 2019.

The Talensi District also has not recorded deaths in October 2019 contrary to earlier report, rather cases recorded were accidents that were not directly connected to the October 2019 downpour.

The Caretaker Minister for the Upper East Region has therefore urged officials of the National Disaster Management Organization to be factual in their reportage at all times in order not to cause fear and panic.

The minister also asked the media and the public to ignore the initial 29 deaths reported and rather work with the figures that have been collated by the affected people, in order not to frighten natives who are living outside the region.

At Manyoro some 133 displaced persons from 20 households are being accommodated at the Zonal Council building.

The affected persons have called for immediate support from NADMO to protect them from the cold and prevent them from contracting communicable diseases.

The building has weeds grown around it and living there poses a danger to the inhabitants, hence their appeal for immediate fumigation and spraying to ward off reptiles, and also support them to rebuild their houses.

The District Chief Executive for the Kassena-Nankana Municipal, William Aduum, who was with the assessment team, assured all displaced persons that the various District and Municipal Chief Executive will liaise with regional and national offices and the central government to mobilize relief items to lessen their pain.

Mr. Aduum disclosed the assembly was working with some local and foreign organizations to identify improved technologies to build cheaper houses by the less endowed residents of the district.

The Upper East Regional Manager of the Ghana Red Cross, Paul Wooma, who has been visiting some affected areas in the region, said the Ghana Red Cross was attending to the psycho-social needs of the affected persons, adding that, many of them were depressed and not in the good frame of mind, especially when they have lost food crops, some properties and relatives.