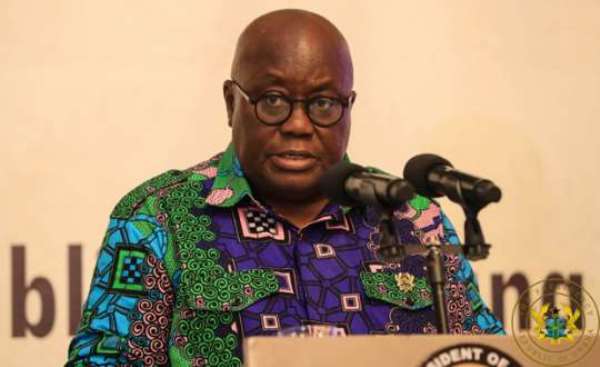 President Nana Akufo-Addo has said government will continue to equip the country’s security agencies to prevent any terror attack on the nation.

According to the President, 33 armored cars have been presented to the Military to aid their work.

Speaking at the graduation ceremony of regular career course 59 of the Ghana Armed Force in Accra, President Akufo-Addo said the government will ensure the welfare of the citizenry.

“Government continues to support the efforts of the military command in the fight against terrorism and violent extremism. In this regard, we continue to obtain further training in counter-terrorism inside and outside the country.”

“Efforts are being made to include further the equipment and logistical state of the armed forces. 33 armored vehicles have been presented to the military high command to help address any shortfalls.”

President Nana Akufo-Addo recently said Ghana is not immune to terrorist attacks, despite the growing peace and democracy in the country.

In light of the possible occurrence of a terror attack in Ghana, the President said the country is determined to foster religious tolerance and peaceful co-existence between Ghanaians.

“Despite it being a beacon of peace, stability and democracy in a region that is plagued by the activities of terrorist and extremist groups, Ghana must know she cannot be immune to terrorist attacks.”

“She is determined however to deepen the religious tolerance and peaceful coexistence that exists between majority Christian and the minority Muslim religious groups in the country. They are hallmarks of our nation which we cherish.”

Four persons were killed in an attack on a Catholic church in northern Burkina Faso late in May.

That was the latest in a string of assaults on Christian places of worship in Ghana's neighbour to the north.

Burkina Faso has seen more than 230 terror attacks in a little over three years.

There are concerns that the insecurity in Burkina Faso has provided a launching pad for attacks in Ghana.

The terror fears have led the police to even suggest the banning of bags from churches.

Police in the Central Region called on the clergy to consider banning the use of bags in churches to reduce the risk of an attack.

Observers have also urged churches to improve security in churches and worship centres over possible terrorist attacks while security agencies in the country have met the leadership of the Christian community to discuss how to enhance security at the various churches in the wake of the concerns.

The Interior Minister, Ambrose Dery recently assured that Ghana is on high alert for terrorist attacks.

“It is increasingly clear that the greatest threat we have in this sub-region is terrorism although it has not even hit Ghana yet. Terrorism is, therefore, top security concern of the President of the Republic of Ghana and indeed all of us,” he said.