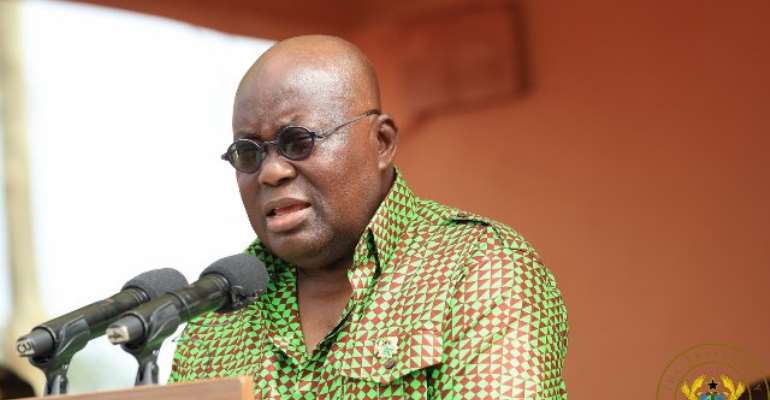 President Akufo-Addo has revealed an ongoing collaboration between government and the military high command to train personnel of the Ghana Armed Forces (GAF) in counter-terrorism and violent extremism.

He said the move is part of efforts by government to equip and prepare the military on the activities of terrorists and violent extremists.

Addressing the 132 newly commissioned officers of GAF at the Military Academy in Accra, he said “government continues to support the efforts of the military high command in the fight against terrorism and violent extremism.

“In this regard, troops continue to attain further training in counter-terrorism inside and outside the country,” he added.

Efforts, he indicated, are also being made to improve further the equipment and logistical state of the Armed Forces.

In view of this, government has presented 33 armoured vehicles to the military high command to help prevent any shortfalls.

President Akufo-Addo reminded the newly commissioned officers of the high standards they will be held to by the GAF and Ghanaians as a whole and urged them to live up to expectation.

“You are joining a profession whose members have not only upheld its image but who also continue to ensure that the territorial integrity of our nation is preserved, thereby reinforcing our independence and sovereignty.

“In order to execute your onerous obligations, the motto of the Academy ‘Service, devotion and sacrifice’ must always be your guiding principle. So discharge your duties professionally and diligently, fearlessly and efficiently,” he charged.

The newly commissioned officers were prompted by the President of the role the public will play during the discharge of their duties and urged them to act to promote national integration and cohesion.

“Again, remember that Ghana occupies a respectable and envious position on the world stage. We are regarded as a beacon of peace and stability on the continent and as an established functioning democracy and we have pride of place in the area of peacekeeping.

“You are thus to guard yourselves against acts that are likely to bring the name of our beloved country and the image of the Ghana Armed Forces into disrepute.

“Your actions to be to enhance or the very least maintain the standards set by predecessor generations of officers of the Armed Forces.”

President Akufo-Addo said government is not relenting on its efforts at transforming the Ghana Armed Forces into a formidable body and will continue to help enhance its capabilities in the development of the nation.