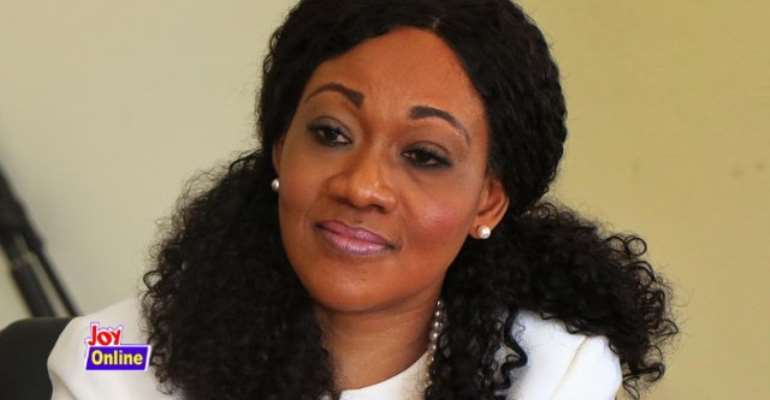 Chairperson of the Electoral Commission, Madam Jean Mensa, has said Ghana can fund the next elections without additional taxation.

She was answering a question on whether she will support the introduction of additional tax to fund elections.

“I do not think that the imposition of an elections tax will be something that the people of Ghana will take lightly because they’re already overtaxed. And we do have the resources...and with efficient management, we should be able to fund our elections," she said.

She added that in the area of building staff capacity for technology, the Commission was looking at beefing up its communication department.

“Having come into the office this is one of the areas that we’re trying to strengthen and beef up. We’re in the process of recruiting as well, and we recognise that although we do have the in-house capacity, it's not enough in the face of social media and the need to provide timely information to stakeholders and our constituents,” she said.

Madam Jean Mensa also revealed that the commission was developing a comprehensive structure to counter fake news as the country prepares for the 2020 elections.

She said the commission has been battling with fake news every week.

The aim of these fake news reports have been to undermine the integrity of commissioners.

“We’ve received our share of fake news, and critically it’s been like a battle siege of fire; because you find that every week fake news is being released, clearly to malign the integrity of the commission and the commissioners and also to undermine our work and our processes.”

She believes a team put in place to rapidly respond to fake news will enhance the credibility of the 2020 polls.

“What we’ve tried to do is to counter the fake pieces of information that go out in a timely manner and as we head towards the elections, we’re trying to build a solid team that would provide timely response to be ahead of the fake news, to provide information on all our processes and our activities.”

Jean Mensa says the commission has been tactical and very professional in dealing with the allegations from political parties.

“We’ve had instances where political leaders have misinformed the public about the work of the Commission...what we do is to rely on our communications team to produce subtle but clear and strong messages to draw the attention of the public to the misinformation."

However, despite the proliferation of fake news against the commission on social media, Jean Mensa says social media has played an important role in the communication process of the electoral commission.

“Social media has helped us in our work in the sense that it has enabled us to send out timely information to our constituents, and it has also allowed us to engage with them constructively,” she said.

Jean Mensa made the comments at the West Africa Media Excellence Conference Awards, WAMECA 2019 conference on the theme, 'Social Media, Fake News and Election in Africa.'