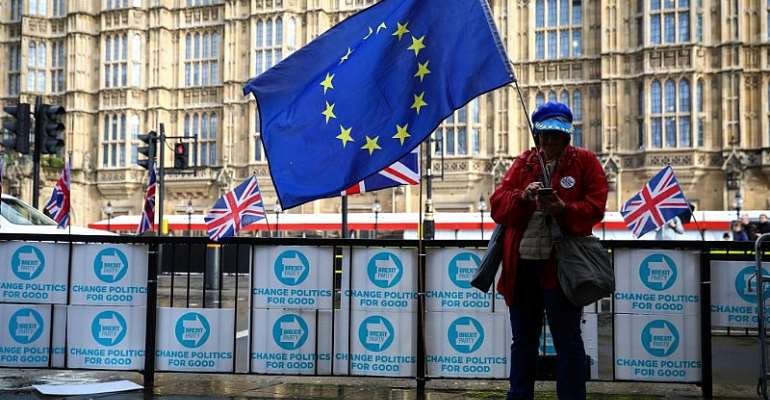 On October 14, the Belfast High Court backed London's rejection of Belfast-born, Irish passport holder Emma De Souza's application for a European residence card for herself and her American-born husband, arguing that she was British by birth. Irish nationalists picked up the case saying that it goes against the 1998 Good Friday Agreement.

DeSouza married an American citizen, Jake, in Belfast. In 2015, they applied for an European Economic Area (EEA) residence card, which allows non-EU family members of EU residents to live in the EEA.

However, she regarding herself as Irish and carrying an Irish passport, she invoked the Good Friday Agreement (GFA) which allows people who are born in Northern Ireland to choose either British or Irish citizenship.

The GFA, signed on Friday, April 10, 1998, ended decades of violence in Northern Ireland.

Birthright
The GFA recognises “the birthright of all the people of Northern Ireland to identify themselves and be accepted as Irish or British, or both, as they may so choose, and accordingly confirm that their right to hold both British and Irish citizenship is accepted by both Governments and would not be affected by any future change in the status of Northern Ireland.”

“The key issue here is the difference between politics and law,” says John Barry, a political scientist at Queen's University in Belfast.

“If you identify as Irish, but were born in Northern Ireland, the legal situation is that you're automatically British.” One can then renounce British citizenship at the cost of £300, no matter if you, like Emma DeSousa, never applied for it in the first place."

Frustrations
But the DeSousa case has woken up deep-rooted frustrations.

“Because for many nationalists who support the GFA and support the consent principle, meaning that as long as there is a majority of people in Northern Ireland that want it to be part of the UK, they're ok with that,” says Barry.

“But after this ruling, a lot of people may now say, 'forget about this, let's go for a united Ireland now, we don't want this nonsense where my claims to be Irish have been legally contested and rejected by the British government'.”

“It's just more fuel on the fire of Brexit,” he says, pointing out that Irish nationalists may push for a referendum on the reunification of Ireland.

“The Johnson-EU agreement went down very badly with a large section of the population, particularly Irish nationalists and a lot of remainers,” says Barry.

Others, like Brian McGrath, president of Derry's Chamber of Commerce, told local newspaper Derry Now that he is cautiously optimistic that a “no deal” Brexit may be off the table, saying that “we would urge all political representatives to back the deal to finally close down this disruptive period and to prioritise the regional economy in the north west and the wider development of Northern Ireland.”

But general uncertainty may be measured by figures from the Irish Passport Office: in 2018 alone, 84,855 applications for Irish passports were received from citizens in Northern Ireland, representing 4.5 percent of Northern Ireland's total population.

High Court shoot down Agordzo's application to travel
5 minutes ago

ASEPA to file RTI request for minutes of Justice Dotse-AG 'S...
5 minutes ago