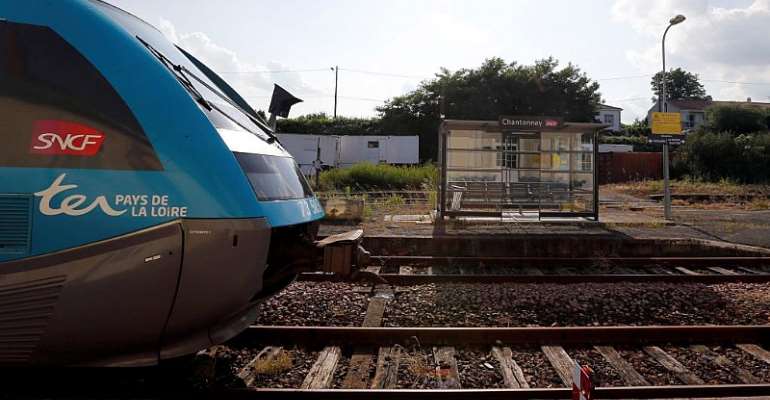 An unplanned strike by workers from France's national rail company SNCF wreaked havoc in several cities on Friday, including the Paris networks, just hours before school holidays were to due start. The employees are angry over safety standards following an accident at a rail crossing in the east of France.

Eleven people were injured when a truck collided with a regional passenger train at a level crossing in Saint-Pierre-sur-Vence in the eastern Ardennes region on Wednesday.

In response, the CGT union called on its rail workers on several regional lines across France, including Ile-de-France (Paris and its suburbs), to down tools.

According to the CGT and Sud-Rail unions, the train driver, who had 70 people on board, had to manage the situation on his own, despite the fact that he was injured in the accident.

Safety meeting
The traffic was particularly disrupted in the south of France, where employees used a "right to retreat" clause in their contract which means they can stop work in a situation where they feel their life or health is in immediate danger.

The directors of the SNCF held a three hour meeting on Friday morning with union leaders in order to discuss safety issues.

"There is no immediate danger in our trains. Safety is our number one priority,"

Franck Lacroix, general director of the TER regional network told a press conference Friday, ahead of the meeting.

The President of the Ile-de-France region, Valérie Pécresse criticised the the fact that the strike was unplanned and said that she would not cover the costs of the stop work action.

"Commuters should not be taken hostage in this way," she wrote on Twitter.

Huge national strike in December
This is yet another signal from the transport unions that things are not well within the ranks, and adds to the tension surrounding the government's initiative to reform the country's retirement schemes.

Train drivers are concerned the government's proposal to modify the system will negatively affect their negotiated benefits when it comes to retirement.

Several French trade unions in the rail sector have both called on rail workers to join the national inter-professional strike planned for 5 December.

They will be joined by truck drivers, students and other professions angry over the government pension overhaul.